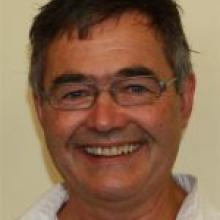 Dave Cull
Dunedin city councillor Dave Cull wants to put his concerns about public consultation on the city's planned stadium to Local Government Minister Rodney Hide, who signalled this week he was willing to come to Dunedin to look at into the issue.

Cr Cull said yesterday while he had not contacted Mr Hide, "were he to investigate this, he would probably want to talk to a lot of people, including me".

Cr Cull on Monday questioned a legal opinion on whether further consultation should be triggered by changes to the project since consultation over the past three years.

A previously confidential memorandum on the matter from legal firm Anderson Lloyd said council chief executive Jim Harland had advised the firm that since last year's annual plan consultation there had been "slight changes" to the project and its funding sources.

But Mr Harland had advised the firm the changes did not materially change the project from that consulted on.

Anderson Lloyd's opinion was that it agreed with and supported that advice, and the firm considered it was lawful for the council to sign a construction contract with Hawkins Construction before this year's consultation.

Cr Cull said yesterday the changes to private sector fundraising, for instance, were not slight, but significant.

The original plan for that fundraising was to give reassurance ratepayers would not shoulder the full burden of the stadium's cost, but the situation now was there would be a $27 million bridging loan from the council, and $15 million of underwriting from the Government.

Cr Cull said while the Carisbrook Stadium Trust had contracts for much of the funding, there were possibilities that could fall through if, for instance the Highlanders moved from Dunedin.

The seating packages were for five rather than 10 years, introducing more risk for the ratepayer.

"If the Highlanders disappear, are box holders going to re-sign?

• In Saturday's Otago Daily Times, some of the major issues raised at last Sunday's Stop the Stadium meeting will be put to the groups planning the stadium: the Dunedin City Council, the Carisbrook Stadium Trust and others with input into the project.

Those issues will include questions about the efficacy of the guaranteed maximum price contract, and what speakers said were changes to the design and specification of the stadium.