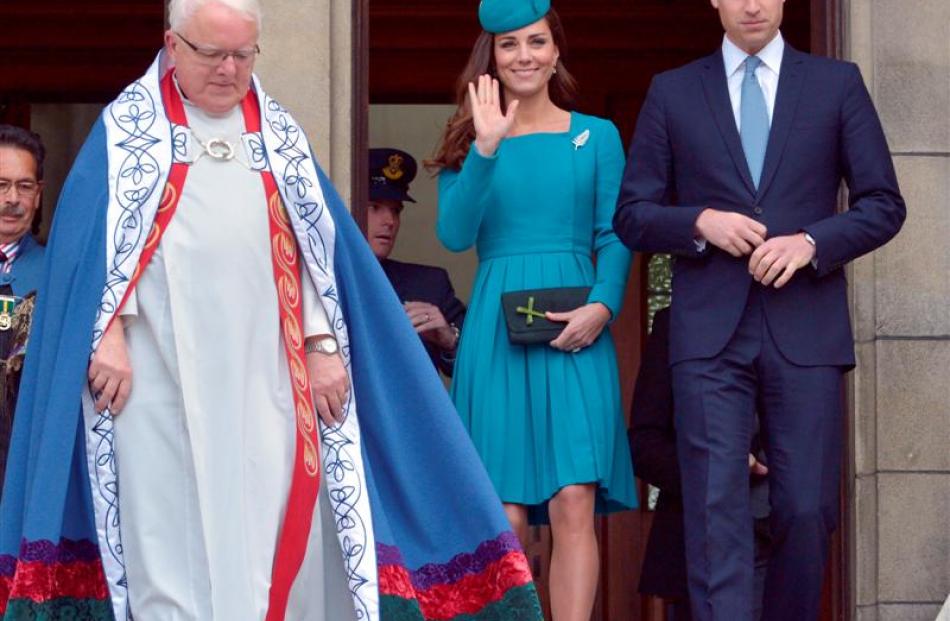 The Royal couple leave the cathedral with the Dean, the Very Rev Dr Trevor James. 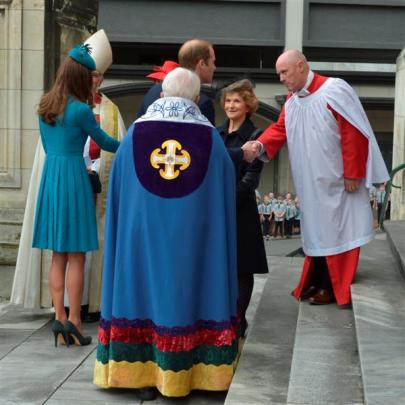 Robyn and Richard Madden (far right) meet the Duke and Duchess on the cathedral steps as they are greeted by Bishop Kelvin Wright (far left) and cathedral Dean the Very Rev Dr Trevor James (foreground). 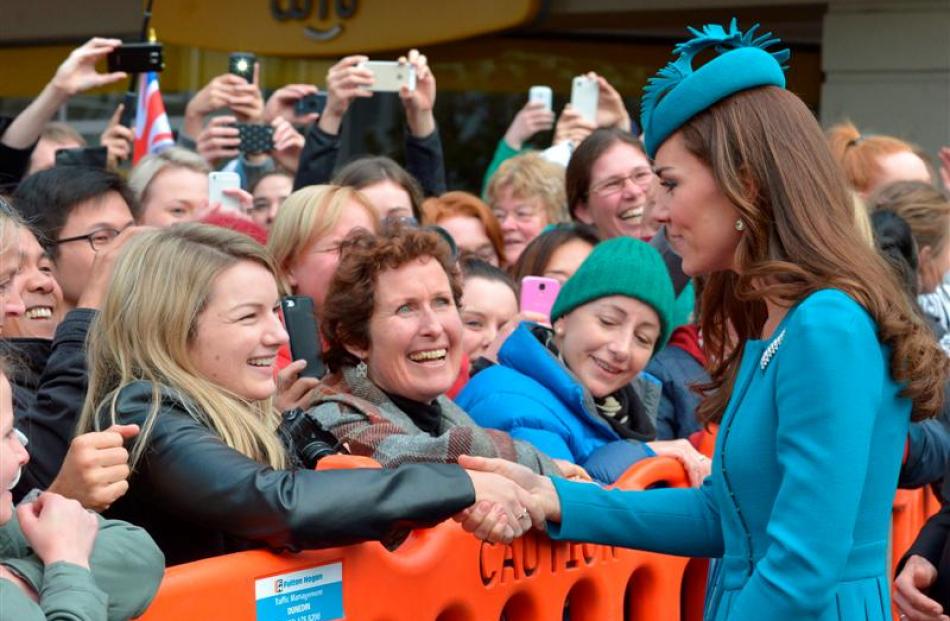 The Duchess of Cambridge greets some of the crowd in the Octagon, Dunedin, after attending a Palm Sunday service at St Paul's Cathedral.

Chatting casually about their children in the pews of St Paul's Cathedral, the Duchess of Cambridge and Robyn Madden had much to talk about.

Mrs Madden and Clemency Wright, wife of the Bishop, the Rt Rev Dr Kelvin Wright, were privileged to sit next to the Royal couple during the Palm Sunday service at St Paul's Cathedral yesterday.

''We chatted a little about George and jet lag,'' Mrs Madden said.

Apparently, it took three days for Prince George to recover from jet lag.

Mrs Wright said the duchess told them how she had been able to have breakfast with Prince George every morning during the trip and put him down for a sleep.

She had also been back in time to bath him and put him to bed at night, except for last night, which was their first away from the prince during this tour.

The Royal couple had asked to meet Mrs Madden and husband Richard, who conducted the Cathedral Choir for the service, because of a link with their two children.

The Maddens' daughter Clara (27) worked for the duke and duchess for two years (and now works for Prince Harry) and son Nicholas (32) is a lay clerk at the College of St George's Chapel, at Windsor Castle, where the Queen and Prince Phillip spend most of their time.

''Never in our wildest of dreams did we ever think our children would work for the Royals,'' Mrs Madden said.

Mrs Madden found the duchess to be ''very elegant and very chatty''.

''She's so normal and down to earth. They're the loveliest of people.''

Her children had described them as being very appreciative of staff and the duke reinforced that, she said.

''William said to me Clara is the star of the office.''

After one of the hymns, the duchess commented she missed singing.

The duchess was very interested in the children's roles in the St Paul's service and asked if Miss Madden had gone to the same school, St Hilda's Collegiate, as they attended.

''Clara is getting married next year, so she asked if she had picked out a dress yet. Then she asked what I was wearing,'' Mrs Madden said.