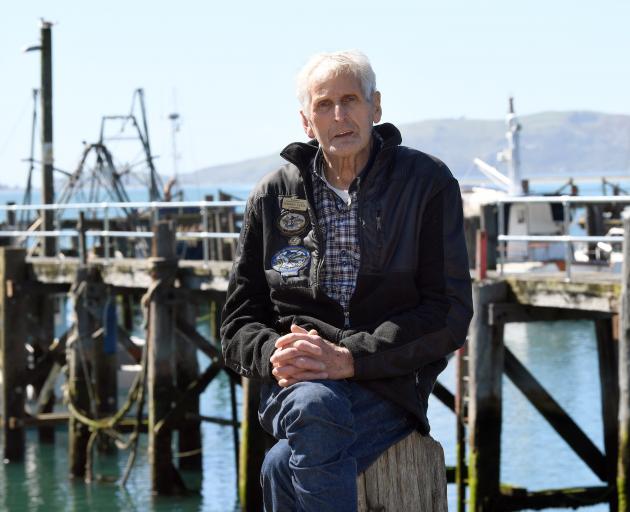 Port Chalmers fisherman Warren Lewis says he has lost faith in consultation and wants the practical changes for recreational fishing rules for blue cod, which he was told were coming this month, now and not after a round of consultation later this year. PHOTO: STEPHEN JAQUIERY
Changes to the contentious ‘‘traffic light’’ system governing Dunedin’s recreational blue cod fishers could be on the horizon, Fisheries New Zealand says.

Warren Lewis says he, and others, are tired of waiting for the Government to remedy its ‘‘bureaucratic bungle’’.

‘‘We are working on amendments to recreational blue cod rules for transiting between traffic light zones,’’ Ms Taylor said.

Surveys of recreational fishers on the suitability and effects of the rules had identified there might be an opportunity to amend those rules in some areas without compromising sustainability, she said.

The proposed amendments were scheduled to go through public consultation later this year before any decisions were made, she said.

Following a recent review of fish stocks for the October 1 fishing year, and public consultation on the proposals, the Minister of Oceans and Fisheries decided to set a total allowable catch, and to reduce the commercial catch for the blue cod fishery on the southeast coast to address sustainability concerns, she said.

But Dunedin recreational fishers are getting caught out as they move through the different zones of the traffic light system.

The bag limit for blue cod dropped from 30 to new lower limits based on the relative abundance of blue cod in any given area.

But the new bag limits themselves are not the issue.

At the time the new rules came in Fisheries New Zealand confirmed that if a recreational fisher crossed from an area with a higher limit, for example south of Otago Peninsula, through a lower limit area, for example Otago Harbour, they could only legally possess the lower limit of 10 blue cod.

Mr Lewis said was an ‘‘absolutely appalling’’ outcome that caught out many Dunedin fishers.

Fishing in an area designated green (15 blue cod allowed) was rendered moot when returning after a day’s fishing because Dunedin fishers transited through the harbour, an orange zone.

And once in the harbour the bag limit dropped to 10 blue cod, wherever the fish were caught.

Mr Lewis said he had been told the rules for transiting through traffic light zones were going to be changed this month.

A corridor had been proposed to allow those with 15 blue cod, if they were caught in a green zone, to be granted passage through the harbour.

Further, many recreational fishers, he said, had been led to believe the rules would be changed this month.

‘‘I would be really disappointed and disturbed that we are going to face another prolonged wait for another proposed amendment to cover, or to fix, what we would call an appalling lack of foresight for the Otago Harbour.

‘‘I would be extremely disappointed.’’

‘‘I myself would probably be speaking for a lot of recreational anglers who are disappointed that again we have this bureaucratic bungle foisted upon us.

‘‘I have no faith in the consultation process at the moment.’’

Overfishing, illegal fishing, climate change, habitat loss and pollution have halved the world’s fish population since 1970. The FAO says that today 90 percent of the world’s stocks are overfished or depleted. So stop your whingeing and just let a few more fish live for another day.