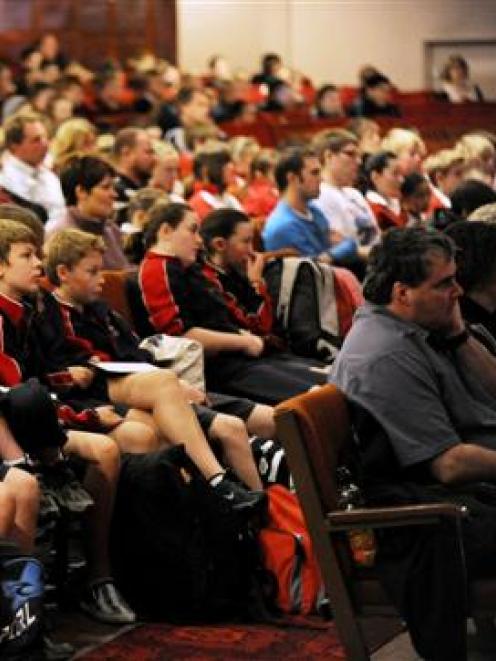 The primary and intermediate pupils from all over Otago and Southland were taking part in a Halogen Foundation National Young Leaders' Day to nurture their leadership skills.

Mr Inglis described what it was like to become the first person without legs to climb Mt Everest.

His lower legs were amputated after he suffered frostbite when trapped for 13 days near the summit of Mt Cook during a snow storm in 1982.

He went on to compete in disabled alpine skiing, win a silver medal in cycling at the 2000 Paralympics, climb Mt Cook in 2002 and then Mt Everest in 2006.

He encouraged the pupils to think differently about anything they saw as a challenge or problem.

"If you are always seeing the problem, you need to be seeing the solution.

"If you can think like that, you will find your potential."

For him, rather than thinking about having no legs, he thinks about never having frost-bitten feet again and not having to buy new boots.

A positive frame of mind allowed him to achieve his dreams, create new ones and "not just survive, but excel", he said.

Pupils in leadership roles, or who showed leadership potential, were exposed to national leaders who had done well in their chosen fields.