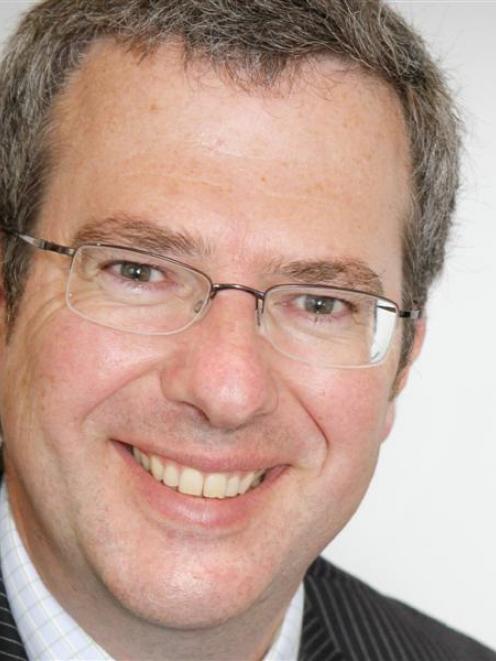 Hamish Saxton.
Free internet access throughout central Dunedin is an ideal next step in the city's bid to attract more visitors and let them promote it as a destination worldwide, industry professionals say.

At present, free WiFi in the Octagon and other isolated pockets of the city contribute to its ''good performance'' in the digital arena, but much more could be done, Tourism Dunedin chief executive Hamish Saxton said.

''International travellers expect to be connected to the rest of the world and to their contacts at no cost. Dunedin offers a great introduction to the city with free WiFi in the Octagon, where the default website is dunedinnz.com, and I think it would be ideal for free WiFi to be more widely available throughout the city.''

Parts of dunedinnz.com were translated into ''simplified Chinese'' and Tourism Dunedin planned to continue its digital investment, Mr Saxton said.

''It's one simple improvement but it will have a huge impact on travellers,'' Mr Hong said.

He spoke as the general manager of Weibo, China's largest social media platform and the country's answer to Twitter, Facebook and networking websites banned by its government.

Weibo had 500 million users who posted an average of 135 million comments, photographs and conversations on the network each day.

Most were young, educated and wealthy Chinese interested in travel and likely to visit New Zealand, in turn sharing their experiences with millions worldwide.

Mr Hong said Weibo had unprecedented marketing potential for New Zealand tourism operators and businesses, and he detailed effective means of product promotion and information dissemination through the network.

China's travel market would grow ''significantly'' over the next decade by as much as 400% in both the number of trips and money spent, he said.

Mr Saxton said the recent roll-out of high-speed broadband and fibre in Dunedin meant residents and visitors were far more connected, and it was important the area's tourism operators further invested digitally to capitalise on that.

''The vital concept we need to consider is how our visitors share their experiences. We need to make it easy for them to immediately post photographs and comments as they travel, so their family, friends and, in some cases, followers pick up on that information.''

Digital change was so rapid, the challenge was staying fresh and ahead of the game, he said.

Tourism Dunedin was constantly engaging with social media users, and private tourism operators would be wise to do the same.

''It's a huge market and we need to be part of it. That's absolutely vital.''

Insiders Dunedin was a good example of sharing positive aspects of the city to an international audience, using authentic content from residents, Mr Saxton said.

People responded to photographs, videos and data they could engage and interact with, and tourism operators should invest in such material, he said.

Tourism Dunedin recently launched an application allowing users to navigate the city and its attractions according to their interests and preferences.

''We've made the experience in Dunedin the priority, rather than our website experience,'' Mr Jenkins said.