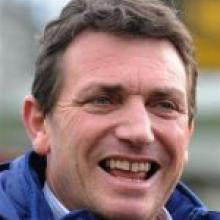 Roger Clark
A process to find private investors to prop up the New Zealand Super rugby franchises will not include the Highlanders, who have quietly spent the past three months looking for their own model of financial prosperity.

The New Zealand Rugby Union yesterday called for expressions of interest in obtaining licences to manage and operate the Blues, Chiefs, Hurricanes and Crusaders from 2013.

The partial privatisation of the franchises is aimed primarily at injecting capital into the five teams.

The franchise "brands" will remain under New Zealand Rugby Union ownership, and the NZRU will continue to pay coach and player wages.

The NZRU said the Highlanders were "some way down the track with exploring other alternatives which are commercially sensitive".

The union had agreed - "for now" - to allow the Dunedin-based franchise to stand aside from the process of calling for expressions of interest in the licences.

Highlanders chief executive Roger Clark was unwilling to reveal much more information when contacted by the Otago Daily Times yesterday.

"We've been working on a few things. But they're commercially sensitive, so we can't talk about them," he said.

However, Mr Clark said the Highlanders had been exploring their own alternative to the partial privatisation model for about three months.

"We knew this process was coming up, and we wanted to find a local solution.

"Not only us but our provincial unions and our stakeholders want to do everything we can to keep the franchise in this part of the world. That's what we're working towards.

"This process is very much about the NZRU trying to mitigate risk. All five franchises lost money this year, and the NZRU needs to find more equity.

"It's no secret both the Chiefs and the Highlanders have lost money over the last five years. We're on track to do a little better this year, but it's only one year out of five."

The Highlanders have long been gripped by financial struggles, to the extent they were bailed out three years ago by the NZRU.

Asked if the Highlanders had been talking to specific potential investors, Mr Clark replied: "I can't talk about it."

It seems likely the Highlanders will form a close relationship with Dunedin Venues Management Ltd, which runs the new Forsyth Barr Stadium and has a vested interest in seeing the franchise succeed.

Mr Clark would not expand on any possible deal with DVML.

"Obviously, the stadium and the Dunedin City Council are important partners for us. Every franchise needs a stadium and a supportive local body.

"Other than that, I'm not willing to say anything."

Mr Clark said the Highlanders were committed to staying in the South, but it was "no secret" other parts of the country were keen to provide a franchise base for the team.

The NZRU has retained the right to add the Highlanders to the "expressions of interest" process at any stage.

An interesting aspect of the franchise process is that the NZRU is opening up the licences to investors both in New Zealand and offshore. It is expected some provincial unions - Canterbury has been mentioned as a possible example - might also be keen on investing.

"We've got an opportunity on the back of Rugby World Cup, where the game is sitting in a good space, to launch into a new era," NZRU chief executive Steve Tew told APNZ.

Prospective licence-holders would need "seven-figure numbers" in the bank as back-up.

The granting of licences will initially be for three years. Expressions of interest will be received up to March 9, and formal agreements reached by the end of June, with a view to taking over for the 2013 season.