Job cuts 'the beginning of the end' 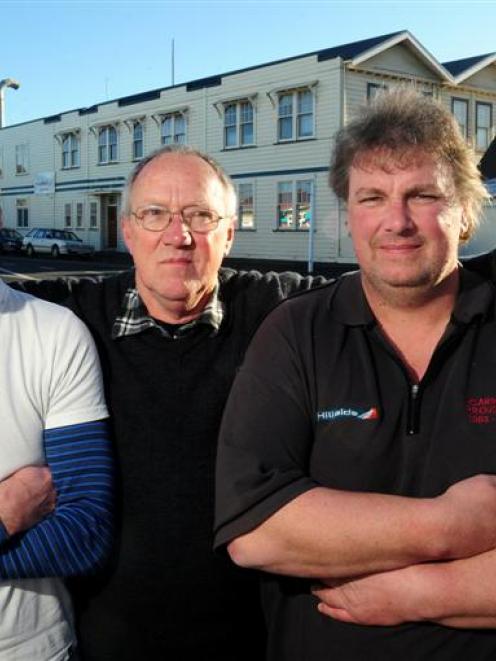 Instead, he is "99% sure" he will give up on his goal, and take redundancy in the hope it helps save the jobs of "my boys".

Mr Gamble's sons, John and Tony, followed their father's footsteps to work at Hillside, where the family has a combined 82 years' experience. Much of what Mr Gamble had to say about the KiwiRail decision to cut 40 jobs at Hillside was unprintable.

But the 49-year-service Hillside employee said he could not hold back at a union meeting with company chief executive Jim Quinn before yesterday morning's official announcement to staff.

"Of course it had to be me getting all upset at him ... this place has just been such a huge part of my life. It's pretty gut-wrenching, to say the least," Mr Gamble said.

The 65-year-old joined Hillside "straight out of school" and would have brought up 50 years' service in January. He had intended to retire next April.

Like his father, the Hillside job is the only work John Gamble knows.

He began at Hillside 27 years ago in the stores department - where younger brother Tony has worked for the past six years - before moving into the foundry division 23 years ago. He is now six months away from completing a metal-cast apprenticeship.

The job losses are "the beginning of the end of Hillside," Kevin predicted.

The veteran has survived six previous railway restructuring efforts, but he doubted he would last another, given it made financial sense to take redundancy.

"Hillside is an institution for Dunedin, and to see jobs going, closing down like this is such a shame," Mr Gamble said.