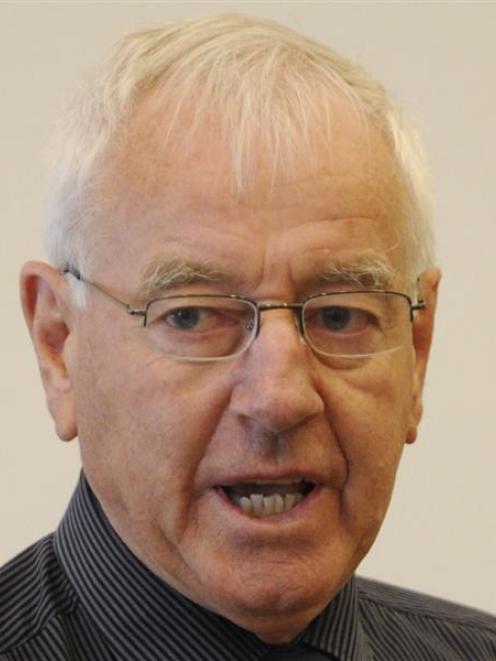 Laurie Mains
As the death of Nelson Mandela intensified emotions around the globe yesterday, former All Black coach Laurie Mains shared his impressions of the man he believed had the greatest influence on his life.

Mr Mains said he first met the former South African president at Ellis Park during the 1995 Rugby World Cup - a moment indelibly etched on his memory.

It was just five years after Mr Mandela had been released from a 27-year prison sentence for sabotage and conspiracy to overthrow the government, and the civil rights activist had became the first black president of South Africa.

His entrance to Ellis Park to greet the world watching the 1995 World Cup final between the home nation and the All Blacks was met with a fervour seldom seen.

It was a moment which displayed the nation's new-found unity.

For the 72,000 spectators at the park, and those watching at home, the symbolism of the black leader and the white captain, side by side, wearing South African rugby jerseys, was dramatic. Mr Mains said it was an atmosphere he would never forget.

''On meeting him for the first time, you meet this very warm, charismatic individual, who is so easy to speak to.

''Knowing what he went through - the persecution that he faced - the balance, compassion and forgiveness that that man displayed . . . and to turn around and unite his country the way he did, is nothing short of miraculous.''

Mr Mains said he was fortunate to meet Mr Mandela again, later in 1995 at a fundraiser for an injured South African rugby player, and in 1999 when he was coaching the South African Lions.

Each time was an honour, and he left each meeting feeling just as inspired as the time before.

Mr Mandela was a man like no other, and Mr Mains believed we could all take a leaf out of his book.

''If a few more leaders in the world had his balance and compassion, the world would be a very much better place to live in.

''It's something that very few people could achieve.

''He inspired a nation. I don't think there is anyone I would have met that would have had a greater influence on me - that's the type of person he was.''