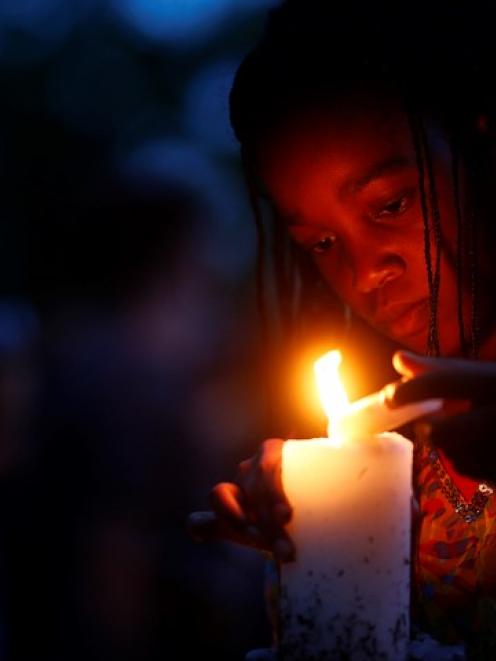 At churches, mosques, synagogues and community halls across the country, from the Limpopo River to the Cape, millions offered praise and reflected on a man celebrated as "Father of the Nation" and as a global beacon of integrity, rectitude and reconciliation.

Mandela, South Africa's first black president who steered his nation out of apartheid and into multi-race democracy, died late on Thursday (local time) at the age of 95 after months of illness.

Since then, Africa's economic powerhouse has been gripped by an outpouring of emotion unrivalled since Mandela's release from 27 years of prison in 1990. The eyes of the world have been fixed on his Johannesburg home where crowds have piled flowers, balloons and messages.

At the cavernous Regina Mundi church in Soweto, South Africa's largest Catholic Church, hundreds of mourners, young and old, gathered to pray for Mandela and the nation's future.

"We are praying for both," said Gladys Simelane, an office manager. "People are praying that there will be change, that we will come together."

The day of prayers kicks off an official programme of mourning that includes a memorial service in a Johannesburg stadium on Tuesday and a state funeral next Sunday at Mandela's Eastern Cape ancestral home of Qunu - expected to be one of the biggest gatherings of world leaders in recent history.

US President Barack Obama and UN Secretary-General Ban Ki-moon will be among those at Tuesday's memorial.

Mandela's passing, though long expected as he succumbed slowly to a lung ailment dating back to his days in the notorious Robben Island penal colony, has plunged South Africans into soul-searching mode, six months before presidential and legislative elections.

It remains one of the most unequal societies in the world, still some way from the "Rainbow Nation" ideal of shared prosperity and social harmony that Mandela proclaimed when he won the country's first multi-racial elections in 1994.