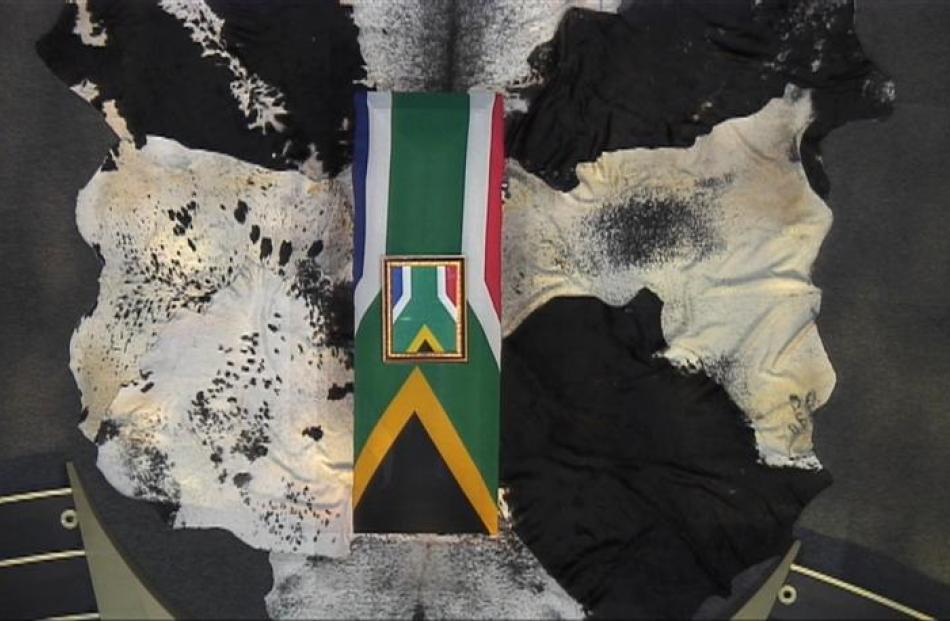 The flag-draped coffin of former South African president Nelson Mandela at his funeral in his ancestral village in the Eastern Cape province. Photo by Reuters. 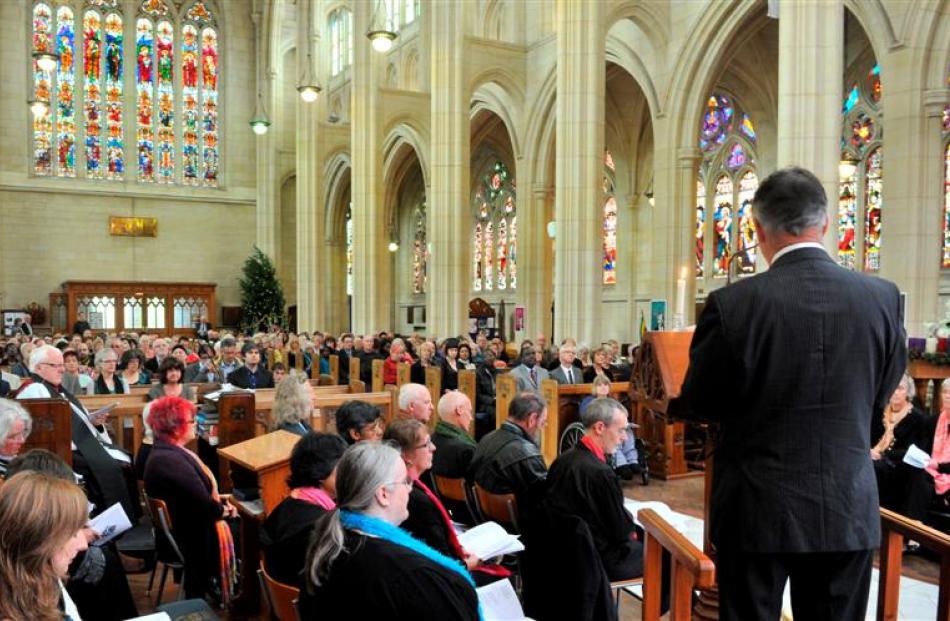 Dunedin Mayor Dave Cull makes the first of three formal tributes to Mr Mandela at a service to celebrate his life, in front of about 200 people at St Paul's Cathedral in the Octagon yesterday. Photo by Craig Baxter.

In death, as in life, Nelson Mandela unites.

About 200 people of various ages, races and religions stood shoulder to shoulder in St Paul's Cathedral yesterday for a service in Dunedin celebrating Mr Mandela's life.

Welcoming people to the service, Dr James said it was a celebration to honour ''a great life lived gloriously''.

The service was prepared in association with St George's Cathedral in Cape Town and was similar to others held in South Africa, he said.

''We are very privileged to be able to share this service,'' Dr James said.

Mr Cull cited the swift response to Mr Mandela's death by those paying their respects worldwide, including in Dunedin, and said it was testament to the leader's greatness.

''Last week on hearing of the passing of Nelson Mandela I was out of town and telephoned to ask council staff to fly the New Zealand flag at the Civic Centre at half mast.

''I found they had already done it; it was simply a given that when this particular old African man died thousands of kilometres from our country we would automatically and immediately pay our respects,'' he said.

''It's a small thing, I guess, but indicative of the mana of the man being remembered.''

Mr Cull spoke about Mr Mandela being born with the odds against him - a black man at a time when South Africa was almost completely ruled by ''white man's empires''.

Despite such circumstances, Mr Mandela had the ability to transform negatives into positives, and his ''moral integrity radiated out from his prison cell'', Mr Cull said.

''Where he might have sought revenge he offered reconciliation. He put away resentment for wrongs inflicted on him and his people and offered a conclusion.

''He put aside bitterness and offered respect. He showed the world there are ways of winning justice. He showed that to forge a just future, past habits must be turned on their head.''

''You provided us a glowing example of hope. Thank you, Nelson Mandela.''