Much ado before meeting the man 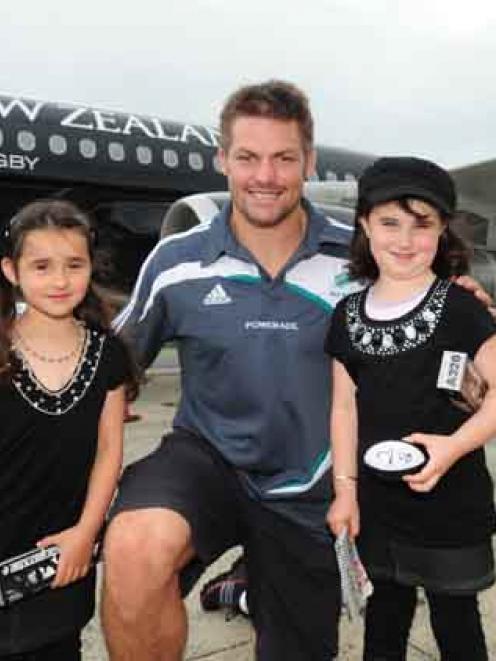 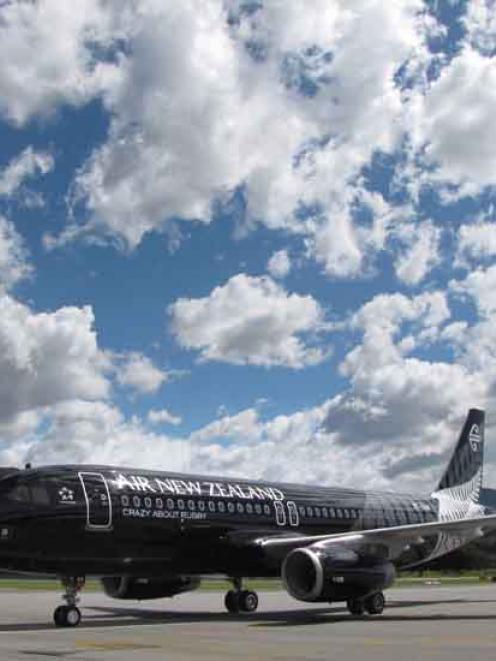 The Airbus visited Queenstown enroute to Dunedin. Photo by Tracey Roxburgh.
The young fans were in a state of high excitement ahead of their trip to Dunedin International Airport to meet All Black captain Richie McCaw.

The background to their attachment to rugby, and to McCaw in particular, is especially poignant: the game reminds Zoe, in particular, of their father Ryan, who died of cancer in 2008.

She still remembers him taking her to see the Highlanders play.

"She still has the flag," their mother, Anna Halls, said.

McCaw and fellow All Black Keiran Read landed in Dunedin yesterday on Air New Zealand's new All Black-liveried Airbus A320 aircraft, which the company was showing off with a flight around New Zealand.

Zoe and Maia were among 11 children to win the chance to meet their heroes, when the aeroplane stopped during a trip from Auckland that took in Wellington, Queenstown, Dunedin, Christchurch and Rotorua.

Her father was a rugby fanatic, and her five brothers had played the game.

The A320 is painted in the All Blacks' favourite colour - black - with a silver fern motif and koru on the tail.

The planned 13-strong fleet of A320s will each have room for between 165 and 171 passengers and will replace Air New Zealand's ageing 737s on domestic routes.

The first four will be delivered this year and the remaining 10 progressively through until 2016.

Onlookers lined the windows at the airport yesterday, and McCaw said the response had been the same across the country, which was "pretty cool".

He was more circumspect, though, when asked if having an All Black-themed plane would ensure a World Cup victory later this year.