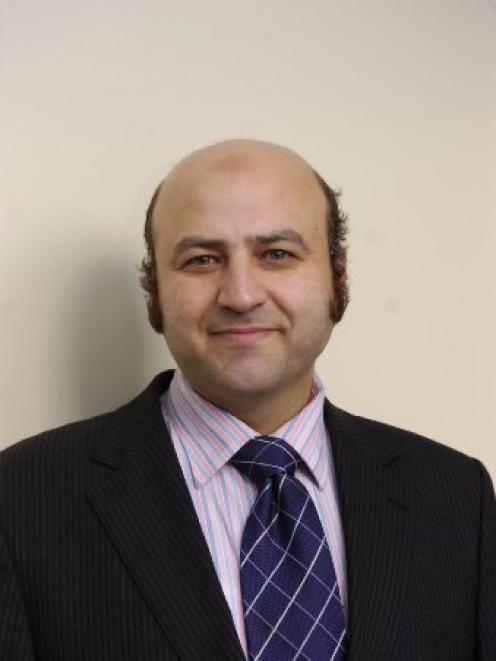 Ahmad Taha
The first neurosurgeon appointed to the Dunedin hub of the South Island Neurosurgical Service, Ahmad Taha had no plans to stay when he arrived a year ago, but admits to falling in love with the place and the people.

The service announced the appointment yesterday, the first permanent neurosurgeon position since Suzanne Jackson left in 2009.

Mr Taha arrived in Dunedin in July last year to complete a six-month locum contract just as the Keep Neurosurgery in Dunedin campaign was about to get into full swing.

At that stage, he did not know much about the situation, but soon "sensed the necessity" of a unit for the area, given the difficulties which could occur with travel to Christchurch.

Time was very important in dealing with acute neurosurgery patients, who could lose life or limbs if treatment was delayed, he said.

The recent earthquakes in Christchurch had reinforced the case for having a second unit in the South Island.

He praised the warmth and support from hospital management and clinical staff and, in response to questions about recent concerns raised about the culture of Dunedin Hospital, said he had not found it an unhappy working environment.

He "wouldn't have signed the contract" if that were the case, he said.

Whenever he had needed support from other specialties he had got it.

"I have found people want to make this work, despite the same difficulties there are in every workplace."

Mr Taha became interested in neurosurgery in his second year of training in 1989, finding it a challenging subject and one he became passionate about, despite people telling him about the possible toll on family life.

He loved his work and its intensity - "it's not half a job". He could not see himself switching to another career later in life.

Neurosurgeons saw both the failure and success of procedures. When two patients had a similar condition, it was sometimes not easy to understand why one survived and one did not.

Personal beliefs and knowing that he had done everything he could for the patient helped him cope.

He referred to the satisfaction of seeing patients improve, citing a young man, brought in "nearly dead" after a brain haemorrhage, who had since required several more operations.

"Every time he comes to see me in the clinic with his parents, I see how grateful they are. These things happen with many patients. It is something you cannot really buy with any sort of money."

In his spare time, Mr Taha listens to music, visits scenic spots in the South Island or is content to watch the waves at St Clair Beach.

The proximity to beauty spots within 15 minutes of the city was "fantastic", he said.