Not just a rugby stadium? 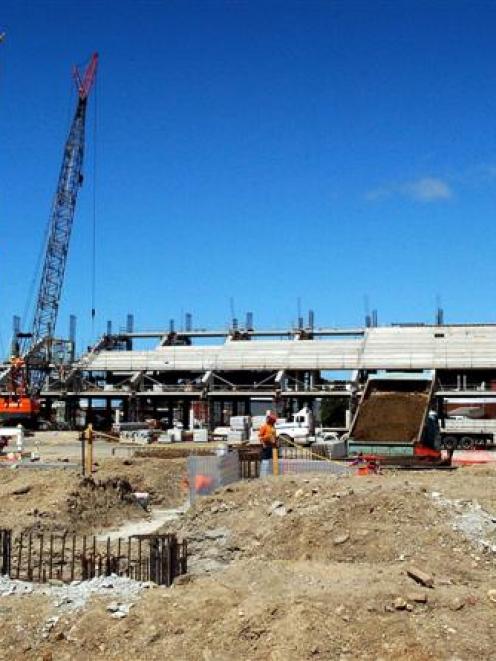 Rear columns for the north stand of the Forsyth Barr Stadium in Awatea St, Dunedin, rise from the ground in this photo, taken just before Christmas. Carisbrook Stadium Trust development director Darren Burden said work had continued on the site over the holiday period, with fewer workers, though work was back "in full swing" yesterday. Photo by Gerard O'Brien.
The much-vaunted multipurpose nature of the Forsyth Barr Stadium has been both heralded by proponents and mocked by opponents as the building rapidly takes shape on Dunedin's waterfront.

But stadium chief executive David Davies believes the facility can be more than just a home for Otago rugby, and that early feasibility studies did not take into account the full range of uses to which the stadium could be put.

Early suggestions it could be used for visits by the Dalai Lama were widely sneered at.

The debate over what, apart from rugby, could be held there has not waned since the project began.

In 2007, the Carisbrook Stadium Trust received a feasibility and economic impact report on the stadium from consultants Horwath HTL.

The report was unequivocal in its assertion rugby and cricket were the only two sporting codes that could attract significant numbers to a stadium in New Zealand.

But with cricket ruled out in the rectangular facility, it was up to rugby to bring in the punters.

The report said football, through Otago United, could attract up to 1000 people for a game.

Rugby league was not considered a possibility.

Netball, basketball, tennis, beach volleyball and boxing were considered but not included, because the Edgar Centre met requirements for these.

The Horwath report is one of the reasons many opponents of the stadium in Dunedin scathingly refer to it as a "rugby stadium", rather than a multipurpose stadium which is a description that has been used to sell the concept. 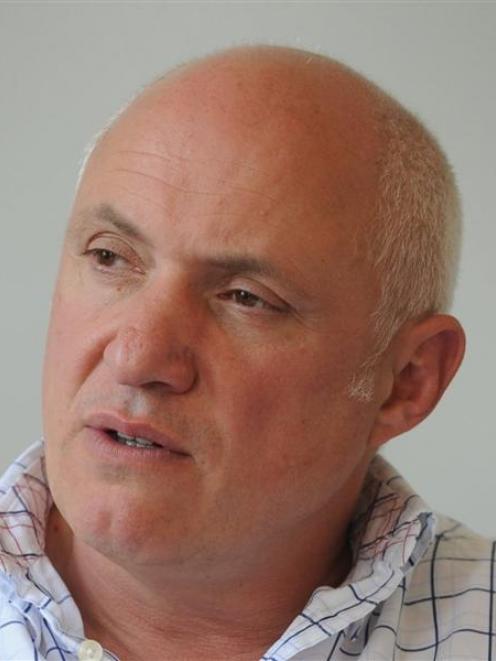 David Davies
The Otago Daily Times put the matter to Mr Davies - who will run the stadium and will soon be taking charge of the city's other venues - and asked how he planned to make the multipurpose tag a reality.

The job will differ from Mr Davies' previous tasks.

He was in charge of the Manchester Arena, for instance, but Manchester City has a population of about 450,000, and Greater Manchester about 2.5 million, compared with the population of Otago, which is less than 200,000.

But Mr Davies was confident scoring tries would not be the only activity under the ethylene tetrafluoroethylene (ETFE) roof, and the right events would attract the crowds.

Asked about the analysis in the Horwath HTL report, Mr Davies was quick to say he did not want to raise people's expectations unnecessarily.

But the report was based on a set of assumptions, "as they saw it", and was probably too conservative with its forecasts of events the stadium might attract.

For example, the stadium could host the Walking with Dinosaurs arena spectacular, based on the BBC programme of the same name.

The spectacular has played around the world, including Australia.

It features full-sized animatronic dinosaurs in a 96-minute show that has engendered some rave reviews.

It was the sort of event that could not be put on in Dunedin without a facility like the stadium, he said.

Other events that raised possibilities for the Dunedin stadium included the Race of Champions, held at Wembley Stadium, where nearly 2000 tonnes of tarmac was used to create a purpose-built circuit for the Formula 1, touring and NASCAR vehicles and motorcycles participating in the event.

In Hamilton, Waikato Stadium was transformed into a full-sized supercross track using 6000 tonnes of dirt trucked in for the event.

At the Manchester Arena, two temporary swimming pools had been set up to hold the world swimming championships.

"That kind of thing, I suspect, has been absent in some of the planning," Mr Davies said.

"I'm not suggesting we build a pool in the pitch, but I don't see why we couldn't do it on top."

Mr Davies said the examples he was using were possibilities for consideration, and highlighted the flexibility of the stadium space.

"Individually, they are not necessarily appropriate, but the motor racing probably is."

Mr Davies said the Wembley event was viable only because it attracted 100,000 over two nights.

He accepted he had a smaller population to work with, but said the right events could attract the crowds.

A motorsport event at the stadium, for instance, would be closer to the Waikato Stadium example, held on dirt, and he believed it could attract as many as 25,000 to 30,000 people.

"You have to be flexible in your approach."

Asked about the Horwath report's view that sports other than rugby were less likely to use the stadium, Mr Davies said he did not think rugby league, for example, would be absent from the stadium.

"The Warriors have done exhibition games that have been quite successful, and it would seem there is some enthusiasm on their side [to play in Dunedin]".

Rugby league was "probably as good, if not better" than rugby union at community programmes, he said.

There could be "a series of experiences" around a league game at the stadium.

The experiences could include league clinics before and after the game, clinics at schools for children and their teachers, and dinners with the "characters of the sport".

League was more inclined to take a "missionary approach", and clinics left a legacy.

The All Whites' entrance to the World Cup could provide opportunities for football in the short term.

However, in terms of the future of the game in relation to the stadium, Mr Davies said, "Let's have that conversation in a year's time".

Otago United had "some way to go in marketing terms" before the club could start attracting numbers for the stadium.

Mr Davies expanded on his plan to have every child in the region come to the stadium, and said his intention was not just for them "to have a gawp".

Instead, he hoped the stadium could be a backdrop for lessons during visits, with classes held at the facility when schools visited.