Opinion: This baby makes it all worthwhile 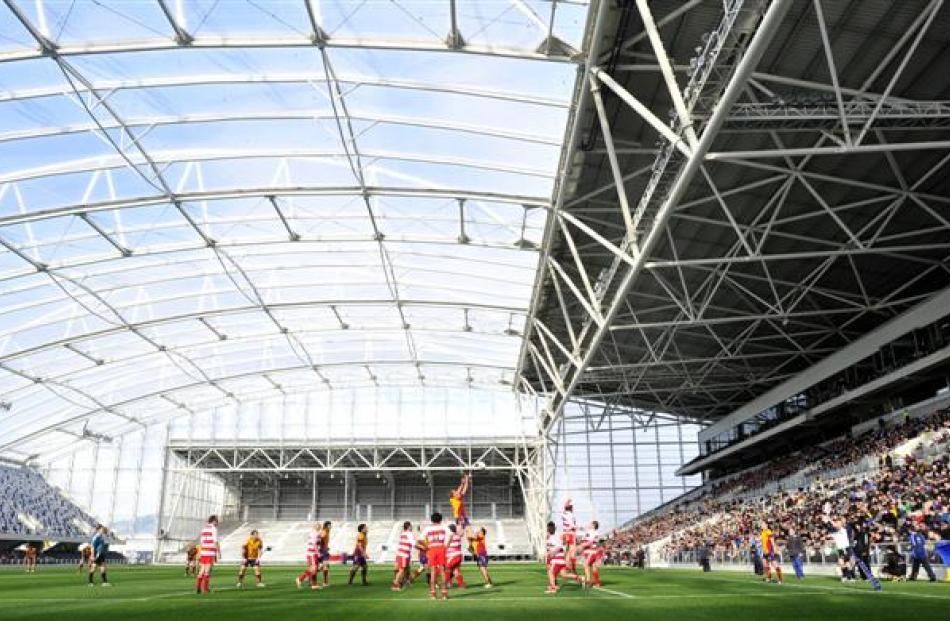 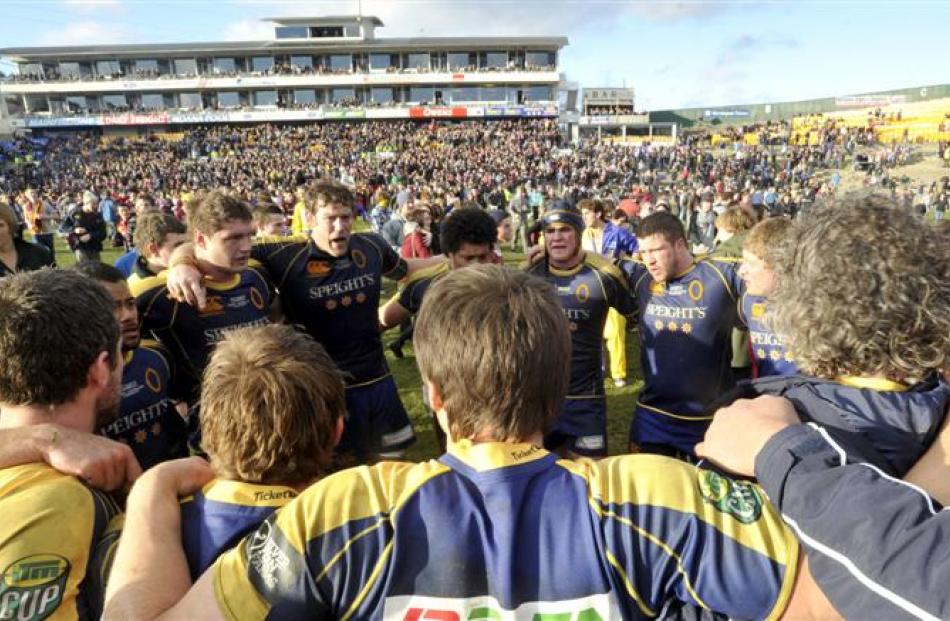 Otago players gather in a huddle after being beaten 19-12 by Southland in the last game at Carisbrook on Saturday. Photo by Peter McIntosh. 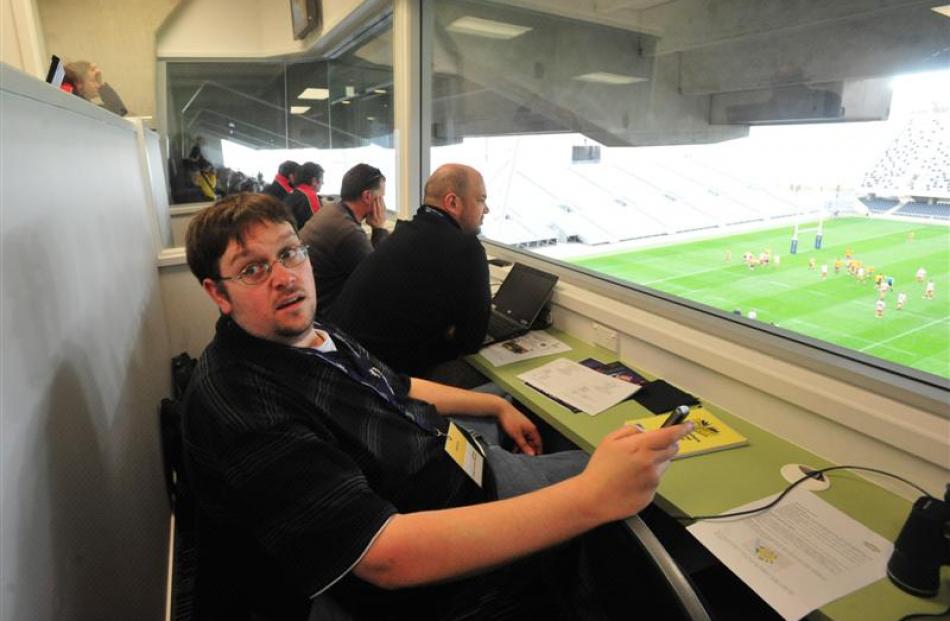 Despite doubts about the project, ODT sports editor Hayden Meikle sees no option now but to embrace Otago's new stadium. After watching the first major game there yesterday, he offers his thoughts.

I don't mind admitting I cried like, well, a baby when my son was born three years ago.

The gestation period was a lot longer. And the estimate of $10,000 for the cost of the first year of a child's life is chump change next to $200 million.

But it's a birth, right? A beginning. A new stadium might not have that delicious new baby smell but it does offer the same mix of excitement and potential.

I'm openly biased - I was never going to miss yesterday's first major game, not just because sport is my job but because one of the teams given the honour was North Otago, my beloved Old Golds.

Forsyth Barr Stadium is an experience the second you walk inside its greenhouse-like walls and gape at the soaring roof, the lush green surface and the steep grandstands.

Forget the dusty old Neville St Stand at Carisbrook, or the hopeless Railway Stand; at Dunedin's new temple, you will not find a seat with poor views or an uncomfortable position.

The noise echoes off the clear roof panels, and it's going to be fascinating to see what sort of din 30,000 fans can make during the Rugby World Cup.

It was cool, not cold inside the stadium yesterday. And when it got surprisingly dark around halftime, rows of bulbs sprang to life in a matter of seconds, and the boys from the heartland were bathed in light.

The turf - one of my biggest concerns all along - seemed to hold up well to the work done by the sprigs on various brightly-coloured boots.

Clearly, there are still plenty who feel a mistake has been made, that the city and the province will come to regret the decision to go ahead with the stadium.

But I wonder if it isn't time to accept the new baby is here, and that it is our job to help it grow.