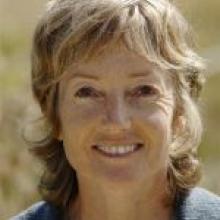 Chris Baillie
A visitor centre will soon be built at the Orokonui Ecosanctuary after the Dunedin City Council granted resource consent.

Work on the Otago Natural History Trust's centre at the top of the 300ha sanctuary on Blueskin Rd, which will cost about $1.9 million, would begin as soon as the consent's appeal period was over, building consent had been granted and funding applications granted, manager Chris Baillie said.

Submitters from the local area objected to the location, design and prominence of the building and were concerned about effluent disposal.

The committee said in its decision, it was satisfied with the proposed design measures for the building and site works, and the programme of mitigation planting.

"With these measures, the overall adverse effects of the proposal on the landscape will be no more than minor."

The proposal was an integral part of a conservation facility that was unique within Otago and the committee did not consider that the building would lead to a proliferation of similar building development within the Landscape Management Areas or other rural-zoned land.

Ms Baillie said the trust was also awaiting the outcome of a "significant" funding application and was looking for business sponsorship.

If it all came together, construction on the access road and parking areas would begin in August.

It was estimated the building process would take about nine months.

Preparations were also being made for guided tours to begin in spring, she said.