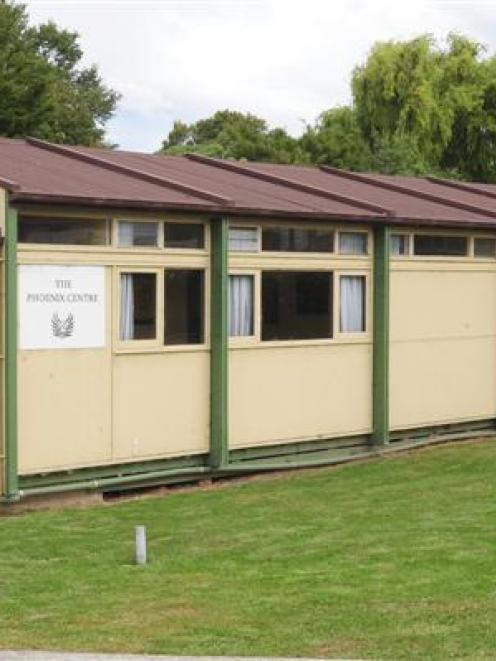 The now empty Phoenix Centre building in Forth St, North Dunedin. Photo by Craig Baxter.
People involved with a Dunedin centre for disruptive school pupils fully supported its continuation, despite the Government suggesting their feedback was behind its closure.

Those people also condemned what they said was "extremely flawed", "misguided" and "unrealistic" reporting by an independent psychologist assigned by the Ministry of Education to evaluate the Phoenix Centre.

The centre, in Forth St, North Dunedin, where two staff worked with disruptive pupils needing help adjusting their behaviour before returning to the education system, closed on April 1, at the end of term 1.

Feedback on the evaluation and closure was released to the Otago Daily Times under the Official Information Act.

A cover letter says the centre was closed because it was out of line with the objectives of the ministry's "positive behaviour for learning action plan", which aims to manage disruptive behaviour more within the school environment.

On that basis, and the evaluation the centre was performing poorly, with few of its pupils successfully returning to school, most instead going into alternative education, it was decided to consult "key stakeholders" about the future of the centre, ministry service delivery manager Jill Bond said.

That consultation, carried out by special education regional manager Pat Crowley, led to the decision to close the centre.

But the documents show at least five key users of the centre - secondary schools, intermediate schools, police, resource teachers for learning and behaviour and Phoenix Centre staff - indicated to the ministry they found the centre of benefit and did not want it to close.

Dunedin Secondary Schools Partnership chairman Clive Rennie said in a letter to ministry deputy secretary Nick Pole the evaluation of the performance of the centre was "extremely flawed".

To expect pupils with behavioural problems - on their return to school after up to 10 weeks at the centre - to exhibit none of the same behaviour, have no unexplained absences, stay in school and achieve NCEA Level 1 was "totally unrealistic", he said.

As a result of its use of those criteria, the ministry was able to label the Phoenix Centre's efforts with regard to most of its pupils unsuccessful.

"If the criteria were to be applied to all our pupils, the results would be very similar, as very few pupils go through their schooling achieving all of the above", he said.

Ms Bond said the evaluation found the centre was not comprehensive in its approach and there were concerns about planning, record-keeping and the implementation and monitoring of programmes.

But in feedback to the ministry, centre staff said the relevant information was kept at the centre in teaching files, none of which were requested by the evaluator.

The files were not offered to Ms Bond because centre staff understood the evaluation was of outcomes only.

Also, despite centre staff having notified the ministry of more than 40 statistical errors or inconsistencies in the evaluator's draft, these remained in the final report.

Others involved with the centre also expressed their "strong concerns" over the review, including that no parents or pupils were interviewed, and that the views of those interviewed, including staff and resource teachers, were not accurately reflected in the report.

Most expressed concern over the limits and accuracy of the information in the report and the emphasis on measuring the centre's success according to a different model of education.

The Otago Primary Principals Association, which was not consulted about the evaluation or closure, said it believed the "longevity of such a programme is pivotal to support both students and schools in crisis".

And the Dunedin secondary cluster of resource teachers of learning and behaviour said they were concerned the hours they spent with the reviewer translated into only 11 lines in the report, and these did not accurately reflect their view the centre was valuable and successful.

Sergeant Kevin Davidson, the officer in charge of Dunedin Police's youth aid section, said only one Youth Aid officer was briefly interviewed as a result of a chance meeting, despite police being identified as a "key stakeholder" in the centre.

The interview did nothing to establish police recognition of the benefit of the Phoenix Centre to pupils involved in the Dunedin youth justice arena, Sgt Davidson said.

"It would be a travesty if a decision to close the centre is made on the basis of this evaluation," he said.

Until discussions about ongoing support beyond term 3 are complete, schools are receiving funding for teachers aides to work with pupils who have major behavioural problems.