Sea level to be studied 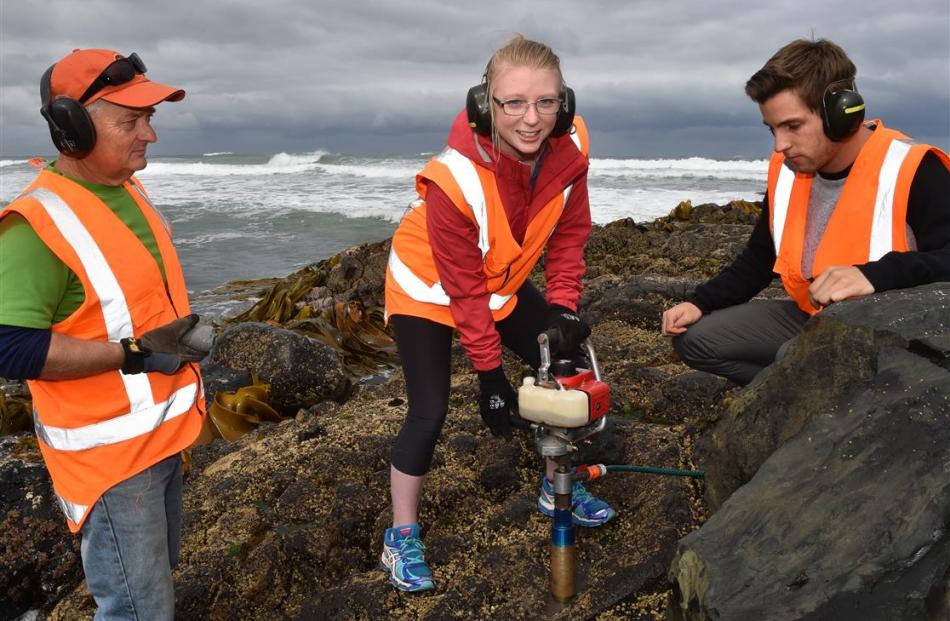 An Otago University geography student has entered the battle for St Clair, beginning detailed research on the beach's tide levels in an effort to understand ongoing erosion.

The work will enable precise monitoring of sea levels at the beach and compare those levels with episodes of dune erosion between St Clair and St Kilda.

Further holes have been drilled into a similar zone below Lawyers Head.

The sea-level monitors, which determine sea level by recording the pressure of water above their sensors, will be slid into the holes when high sea levels were expected, Miss Moloney said.

"What we want to know is what the base level of the sea is when it erodes the foredune.''

The foredune along St Clair and St Kilda beaches was eroded by storms in 2015, with the area east of the Esplanade most affected.

The Dunedin City Council has set aside $100,000 for the coming financial year to pay for a report on what needs to be done along the troubled stretch of beach.

Central to the problem was high sea levels, Prof Hilton said, but precise data had, until now, not been available.

Sea level was affected by spring tides and low-pressure systems.

By knowing the sea level height when erosion of the dunes began, and learning the frequency with which that level occurred, future management of the area's erosion problems would be better informed, Prof Hilton said.