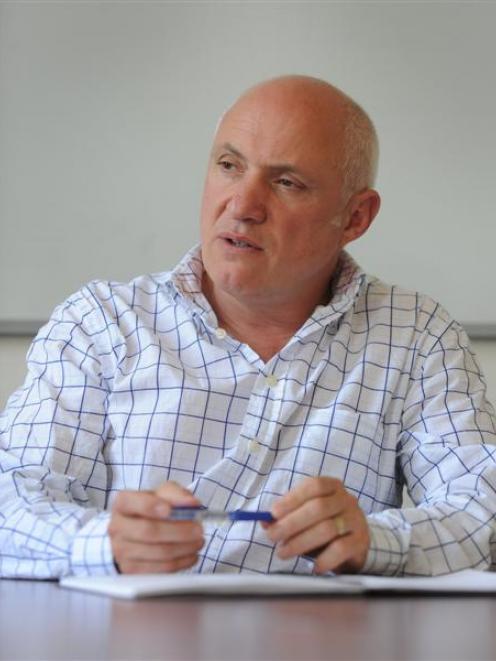 The colouring would be both "attractive in its own right", and laid out in a way that would not cause difficulty when ball sports were played at the stadium.

Mr Davies confirmed yesterday seating company Effuzi, which has a factory in Porirua, would supply the permanent seating.

Effuzi has supplied seating in New Zealand for projects including the Parliament debating chamber public and press gallery in Wellington, the Auckland Town Hall, and the Oamaru Opera House.

Its stadium contracts have included Rugby Park in Hamilton and Yarrow Stadium in New Plymouth.

In Australia, the company has completed projects at the Melbourne Planetarium and the Powerhouse Museum in Sydney.

Mr Davies said there were "issues to be kept in mind" when deciding on the colour design.

It had to work as a backdrop when games were broadcast on television, and should not blend in with the ball for goalkeepers and fullbacks trying to catch them.

At the Forsyth Barr Stadium, the colour would be darker higher up in the seating bowl for that purpose.

Carisbrook Stadium Trust chairman Malcolm Farry said using seats from the Carisbrook stadium had been considered, but they were not new and had been subject to "wear and tear".

As well, the Dunedin City Council had not made a final decision on what to do with Carisbrook, so it was not known if the seating would be required there in future.

Perry Metal Protection Wellington has the job of galvanising 6300 seat brackets that will be used for the seating.