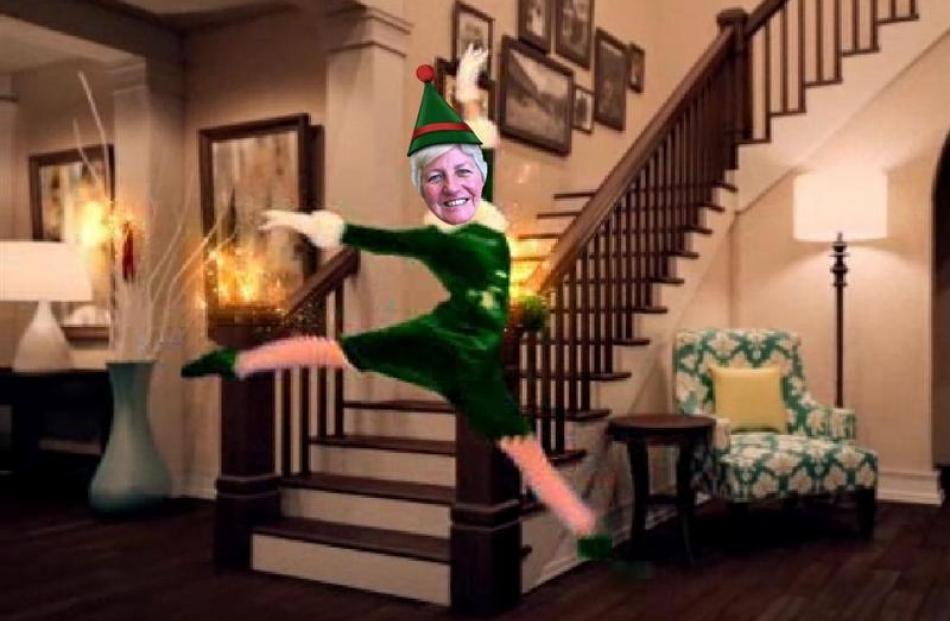 An animated video clip depicting the chief executive as a dancing Christmas elf has reportedly ''stunned'' some doctors at the Southern District Health Board.

The Christmas message to staff depicts Carole Heatly's face superimposed on to a cartoon elf, which dances merrily to music while decorations spring up in a house.

The festive gimmick has raised a few eyebrows at the board, which faces serious clinical service and financial challenges.

The increase was said to be because the State Services Commission regraded the job.

Association of Salaried Medical Specialists executive director Ian Powell said the dancing elf could be construed as a celebration of the considerable pay increase.

''It went to all DHB staff and some of the senior doctor reaction resembles a stunned mullet.

"The feedback I'm getting is that people are just kind of dumbfounded. Not outraged, just dumbfounded.''

The ''toe cringing'' clip was out of step with the mood of staff, who were under pressure from the board's financial situation, he said.

''I suspect what it reflects is a combination of distance from reality, and also some very poor PR advice.''

In a message with the animated cartoon, Ms Heatly thanked staff for their hard work.

''I hope you have time to view the following and that you enjoy it as much as I did making it,'' she said of the one-minute clip.

''It was some lighthearted fun at Christmas time, to celebrate with staff after a difficult year and to wish them a merry Christmas.

''It was appropriate and in no way intended to offend anyone.''