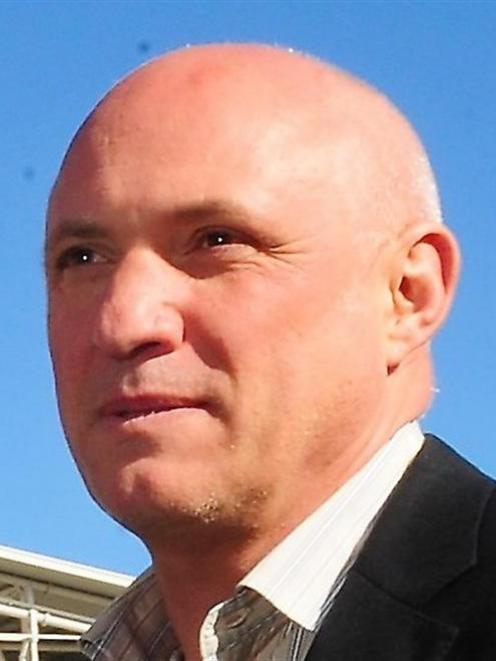 David Davies
Plans for a Rugby World Cup final party at Forsyth Barr Stadium have been abandoned because the game, being played at Auckland, cannot be screened live at a commercial event.

Dunedin Venues Management Ltd chief executive David Davies said he wanted to show the game on a big screen in an event featuring an international act, but he could not secure a live television feed.

Cup commercial rights rules meant the stadium could not show the game if it charged an admission fee - and it needed the fee to pay for the entertainment and the costs associated with presenting the game on a big screen, he said.

The event would have been financially separate from the three tournament pool matches hosted at the stadium.

The company expected to lose about $400,000 on those matches.

It was a "great miss" that the stadium would not be a focal point for end-of-tournament celebrations and Mr Davies said he hoped the city would instead focus on the fan zone proposed for the Octagon.

"The Octagon can get the game because it will be free. We can't do it, but I'm sure the Octagon will be a fantastic place, with thousands of people, to enjoy the coming together that will come with the final."

The Dunedin City Council is considering an up to $300,000 family-friendly fan zone featuring a big-screen television and dedicated viewing areas for the Octagon.

Preliminary plans suggested the fan zone could operate for Dunedin's three pool games, the quarterfinals, semifinals and final, but that it would not open if the final was celebrated at Forsyth Barr Stadium.