Stepping back in time on 'Orion' 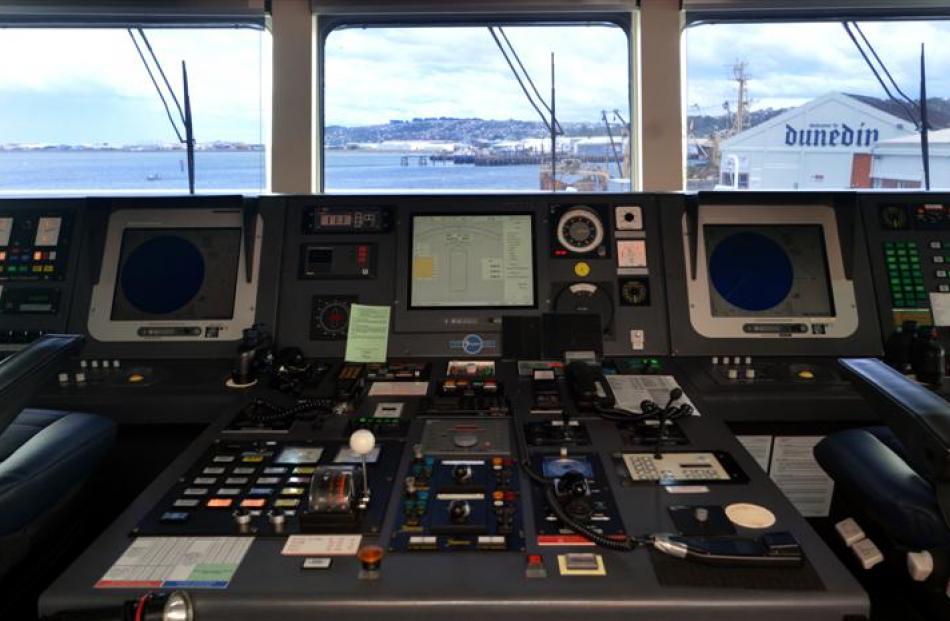 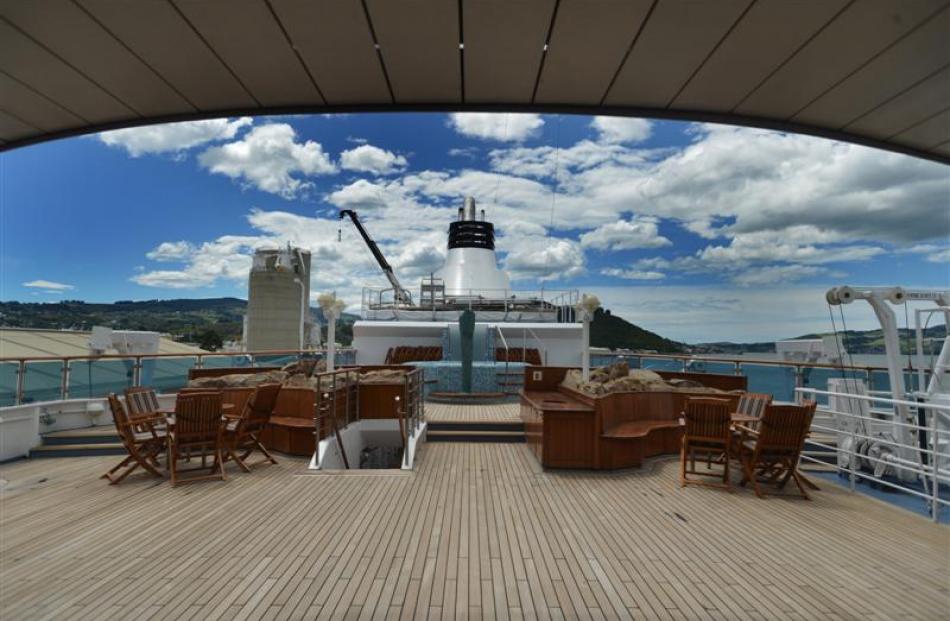 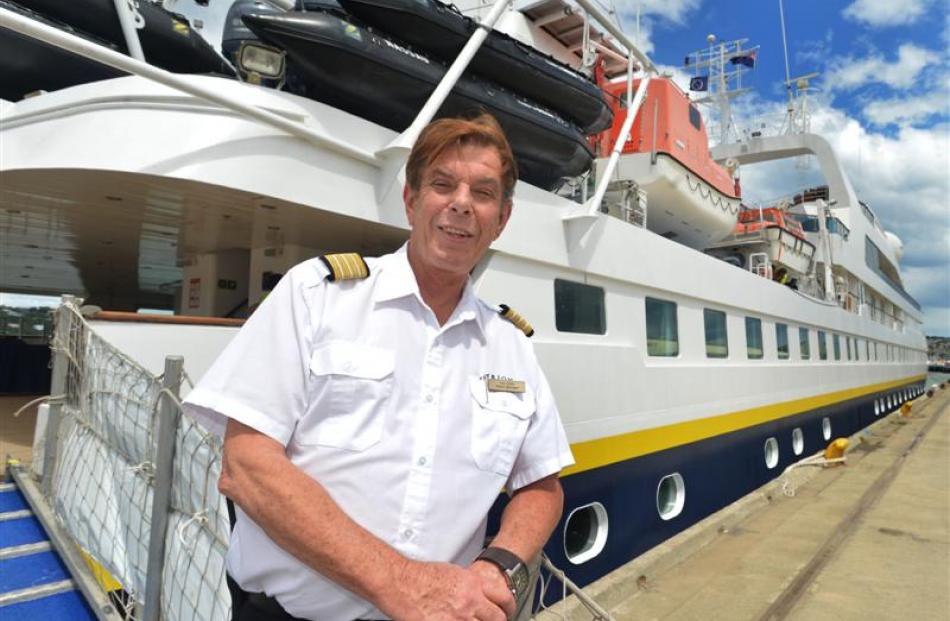 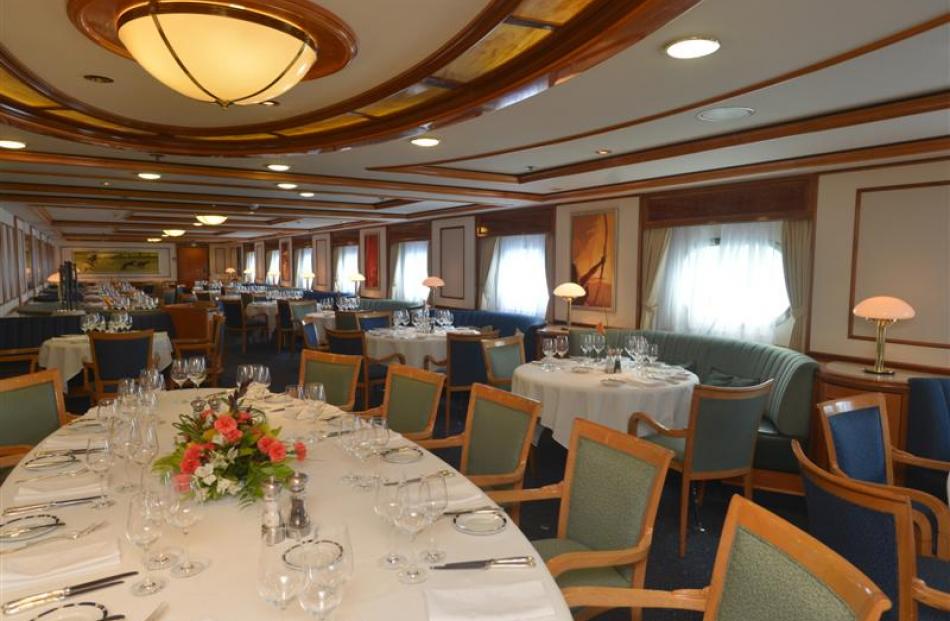 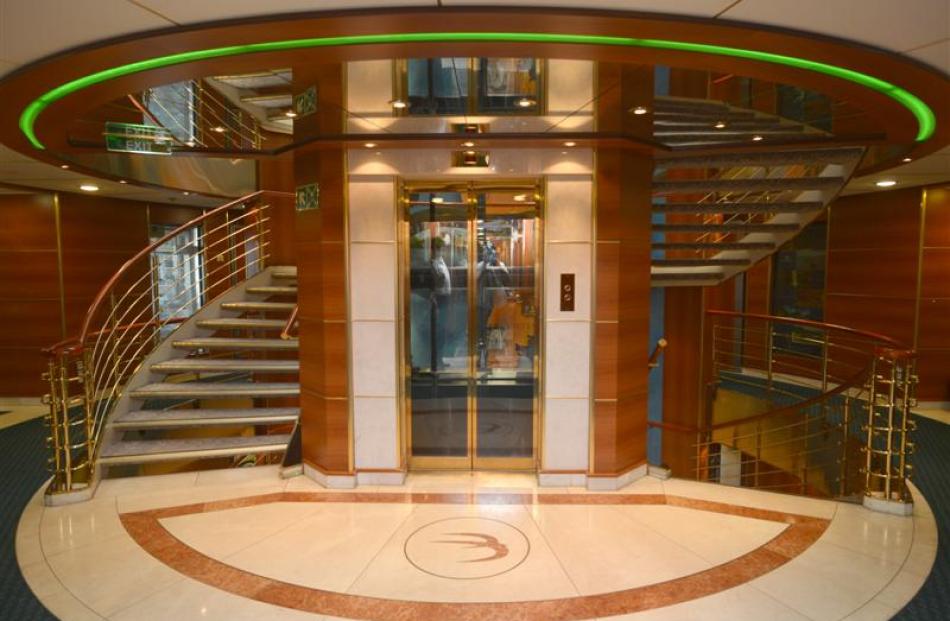 The main stairwell and glass lift. 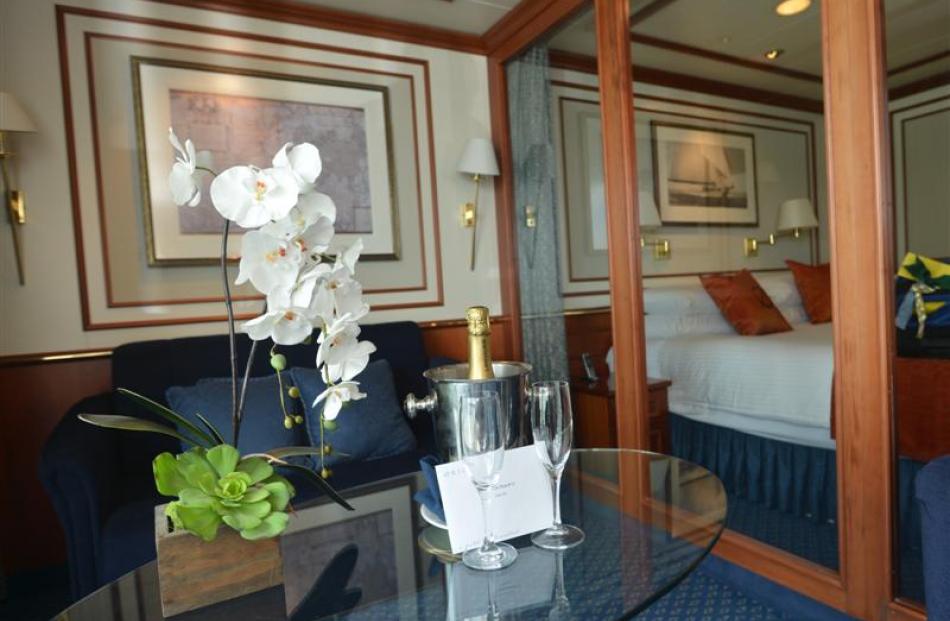 It is the high life on the high seas.

MV Orion is more a floating palace than a mere cruise ship.

And, with prices starting at just under $800 a day, it would seriously dock the savings of the average landlubber. The luxury expedition cruise ship left Dunedin yesterday on a 14-day trip to the subantarctic.

Boarding the vessel is like stepping back in time. The interior is all burnished wood and polished brass. Original paintings and sculptures hang from the walls, while the sense of space and opulence is palpable.

It is also very comfortable and every indulgence is on hand, from a Jacuzzi, sauna and hairdresser to a gymnasium, lecture theatre, library and boutique. Passengers are also given every opportunity for adventure and exploration, with 20 sea kayaks, 24 scuba diving sets, 10 Zodiac inflatables and a glass-bottomed Zodiac available for use.

For the less intrepid explorer, an underwater camera plumbs the depths up to 80m beneath the ship. MV Orion is 103m long, has a maximum speed of 28.71kmh and can carry up to 106 passengers and 78 crew. It has been modified with a reinforced hull for its adventures to the Arctic and Antarctic.

''We get a bit of ice and snow on the decks, but it's always nice and warm inside,'' Mr Vella said.

The Germanischer Lloyd 100 A5 E3 class ship is based in Sydney and operates in the Kimberley Region of Western Australia, Southeast Asia, Papua New Guinea, the Solomon Islands, the Great Barrier Reef, Tasmania, New Zealand and the Antarctic.

The ship was in the news on January 20 last year, when it rescued round-the-world yachtsman Alain Delord from a life-raft adrift in the Southern Ocean.

''He was overjoyed when we got to him and was quite overcome with emotion. You should have seen his face. That was quite an experience. It was very satisfying.''

The ship docked in Dunedin at 9pm on Thursday and left the T/U Sheds at 5pm yesterday. It is scheduled to return to Dunedin from the subantarctic at 7am on January 17.