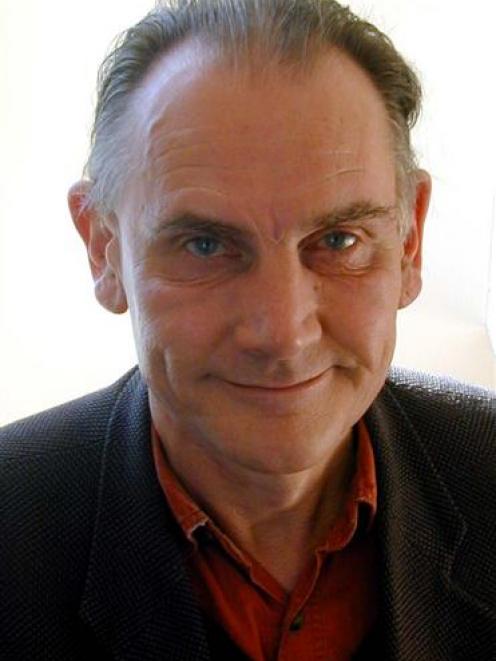 Peter Entwistle
Internal ructions within the Stop the Stadium group have resulted in four of its 10 committee members being asked to leave, including vice-president Peter Entwisle.

President Bev Butler said yesterday Mr Entwisle was no longer a spokesman for the organisation.

She refused to say why the four were asked to leave, as it was an internal matter, but said some found it difficult to accept majority decisions, and were "self-opinionated" and "obstructive".

Mr Entwisle responded he had not resigned.

"I don't want to leave the members and the fund in the hands of people who are slightly paranoid."

All Ms Butler was prepared to say about the four - Mr Entwisle, Meg Davidson, Elizabeth Kerr and Anne Elliot - was there had been a vote of no confidence, and they had been asked to leave.

Ms Kerr had resigned but Mr Entwisle was still vice-president as he had refused to leave the committee.

Asked if she could make the three remaining members leave under the organisation's rules, Ms Butler said they had only been "requested" to leave.

"The other three haven't, which has made things awkward".

The committee had not met recently, but was still functional, she said.

The stadium was an emotional issue, and people had strong views.

"You get these hassles in committees when you have difficult individuals. Some find it difficult to accept a majority decision."

"They can be obstructive in terms of where the majority want to go."

Mr Entwisle said yesterday the issue began with a debate about whether to use the organisation's funds - understood to be about $14,000 - to hire professional planners to act for Stop the Stadium at recent stadium plan change hearings.

When the committee voted against the idea, the four, and Rosemary McQueen, hired planner Andrew Henderson privately, but used money they raised, and donations from people who were members of Stop the Stadium.

At a "very unhappy discussion" at the next committee meeting, other committee members complained they had accepted money from members.

"That was curtains for the committee."

Ms Butler's husband, Peter Attwooll, moved to have them removed from the committee, but was reminded by Mr Entwisle only general members could make that decision.

"Vituperative" emails, some of them abusive, followed.

Ms Kerr resigned, but Mr Entwisle had not, as he was concerned for the members and the fighting fund.

He would consider his options, and stay or go depending on what was best for the cause of stopping the stadium.

Ms Butler said a majority of the remaining committee members did not share Mr Entwisle's view, expressed at the plan change hearings last week, that Carisbrook Stadium Trust chairman Malcolm Farry was "owed a debt of gratitude" for his work, or that self-interest and corruption did not exist in relation to the project.

She said Mr Entwisle's comments about Mr Farry were made in his "belief he can personally `schmooze' the stadium proponents to his point of view".

But the majority of committee members were "appalled" at the waste of public money.

Mr Entwisle said he made the comments because he believed them to be true.

"I said what I believe. That's seen as treacherous."

Mr Farry, asked if he was concerned about the personal nature of some of the criticism he had received, said it was unwarranted, as the trust had been asked to do a job, and that was what it had done.

He, and others involved, tried to "remain outside" the personal attacks, but it was not possible to completely overlook them, and they did cause difficulties.

"It also concerns me as to why anyone in the future would want to be involved in anything significant in the city if there are people who are opposed to a particular project."

He said "a particular person" who was leading the attacks "needs to look at herself".