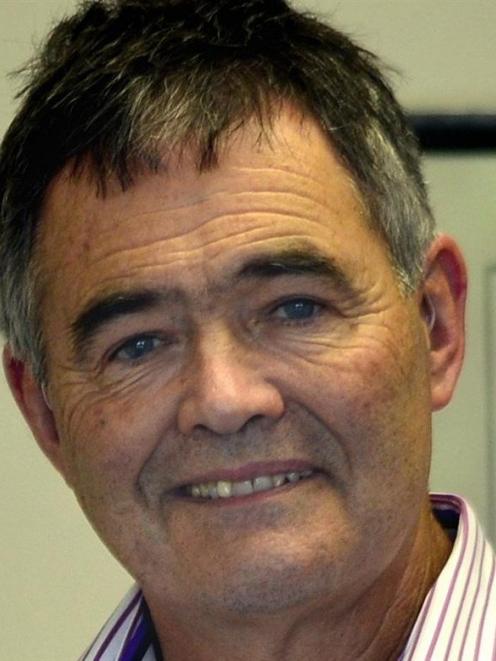 Dave Cull.
Dunedin Mayor Dave Cull and Otago Chamber of Commerce president Peter McIntyre are fired up before this morning's summit to look at opportunities to grow the regional economies of Otago and Southland.

Both men told the Otago Daily Times, which launched the ''Stand Up Otago'' call to arms 10 days ago, they were expecting positive results from this morning's AgResearch/Invermay summit in Dunedin, which will be attended by representatives from throughout the region.

Mr Cull said although he was not sure what the outcome would be, the feedback he had received from those indicating they would attend was positive.

''They share the concern expressed in Dunedin. While this is a Dunedin issue, it goes much wider than Dunedin. The object is to be talking and forming a clear message - a message which will be part protest but designed to be as constructive as possible.''

The region wanted to build on what was already here, not receive handouts from the Government.

Some workers have already been made redundant from Invermay; some of them had moved down from Wallaceville, Upper Hutt, during restructuring in 2008.

Mr Cull said collaboration between Invermay and the University of Otago was well established and had been building for several years.

''We will be asking: what is the potential to build further from here?''

This week Mr McIntyre met Labour Party leader David Shearer and Commerce Minister Craig Foss to talk about some of the issues facing businesses in the city.

Forming economic zones throughout New Zealand, a successful strategy in Asia, was one of Mr McIntyre's suggestions.

''Having Dunedin declared a tertiary education economic zone would help attract 20,000 extra residents to the city.

''Dunedin has a history of being a tertiary education sector and we have the capacity for 20,000 more people,'' Mr McIntyre said.

Having a tertiary education zone would mean the Government could look at filling the capacity in Dunedin before it had to start building infrastructure in other regions, he said.

Like Mr Cull, Mr McIntyre has ruled out asking for any Government handouts.

The South had a productive economy, as opposed to Auckland's consumer economy, and it should be allowed to produce.

An issue for all New Zealand was the pace of growth in Auckland and the associated problems that was creating, Mr McIntyre said.

Chamber chief executive John Christie said the South was looking for ways to work cohesively with the government of the day to find ways in which top ministers could help support the region's economic development strategy.

Christchurch and Auckland had enough of their own issues affecting their growth trajectories.

Those issues included affordable housing and building infrastructure, which were taking significant amounts of money.

At the same time, regional New Zealand was facing a decline in fortunes.

''We can't all live in Christchurch and Auckland, and we don't all want to, by the way.

''It isn't good for those two cities to have a big influx of people and businesses.''

• Working cohesively with the government of the day a priority.

• Report from summit presented to AgResearch and Government.