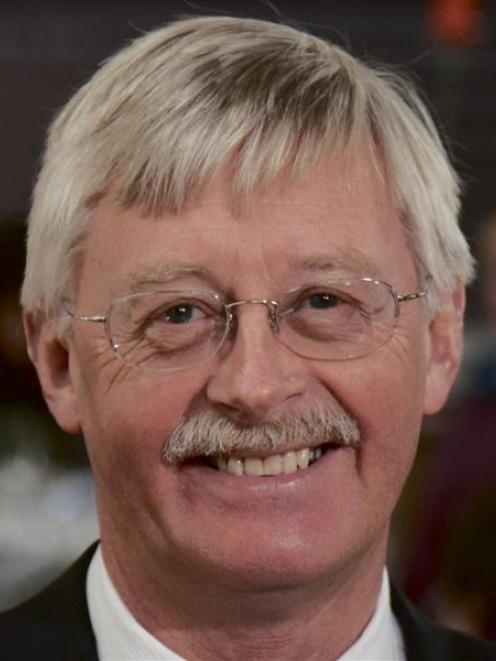 Chris Staynes.
The Dunedin City Council has scrapped an ''unworkable'' plan to hike rates for some businesses - but not others - to help pay for the Forsyth Barr Stadium's events fund, deputy mayor Chris Staynes says.

Instead, the council could consider increasing rates for all commercial properties, as early as next year, to help pay for broader economic development initiatives, Cr Staynes told the Otago Daily Times yesterday.

He was speaking days after telling this week's draft budget meeting the idea of a new targeted rate to pay for the stadium events fund had been axed.

He raised the idea of a new targeted rate in late 2012, days after Dunedin Venues Management Ltd revealed a $3.2 million loss for the 2011-12 year.

Cr Staynes had suggested the new rate could be applied to bars, restaurants, hotels and other businesses proved to be profiting from big stadium events.

The events attraction fund, worth $400,000 a year, was later authorised by councillors last year, but paid for initially from general rates. Yesterday, Cr Staynes said the rates and funding working party had scrapped the targeted rate idea after deciding it was ''unworkable''.

That was because it had proven too difficult to accurately identify exactly which businesses benefited from the stadium, and which did not, he said.

While some were obvious, others were not, meaning any new targeted rate risked being unfairly applied and open to being challenged.

Cr Staynes said some bar owners had told him they would ''easily'' measure the benefits of a big stadium event, and would be quite happy to pay more through a targeted rate.

And, if the council focused only on the most obvious beneficiaries of the stadium, like bars and restaurants, ''there's so few businesses, you're not really achieving the funding that you'd want, or you've got to put a very high increase on them'', he said.

Existing arrangements - paying for the events fund from general rates - still meant commercial ratepayers paid about two-thirds of the fund each year, because of the higher rates they already paid, he said.

However, it was possible the council could consider increasing the tourism and economic development rate, paid by all commercial property owners, as early as next year, he said.

The rate already generated about $500,000 a year, but might need to rise to pay for enhanced city promotion efforts and projects coming from the council's economic development strategy, he said.

The council would first need to calculate by how much it wanted to increase funding for economic development, and then how that should be shared between general and commercial ratepayers, he said.

The move would also need to be agreed by councillors, and the public consulted, most likely through the council's annual or long-term plan budget process, he said.

Splitting the cost of any increase between general and commercial ratepayers recognised that the whole city benefited from economic development, although the business sector more so, he said.

The stadium's events fund was designed to help attract major events, like Sir Elton John's 2011 sell-out show, which was estimated to have pumped about $14 million into the city's economy.

However, with council budgets tight and costs increasing, the squeeze could eventually threaten the fund, he warned.

''It could threaten it, but I think the biggest issue is going to actually be what comes out of the review of the whole stadium operating model.

''That may inform us whether we leave the events attraction fund in place, or whether we increase it or we decrease it.''