The move to university for many students means flying the coop and seeing a lot less of their family.

For University of Otago student Madeleine O’Malley, of Balclutha, that is not quite the case.

Three generations of her family will attend the university together.

Ms O’Malley (18) started her first day as a law student on Monday, alongside her grandfather, Noel, who is returning to the university to do a masters in peace and conflict studies, 50 years after he began his own law degree.

They join her mother, Mr O’Malley’s daughter Sarah, who is in her second year studying law at the university .

It seems Mr O’Malley started the trend, being the first person in the family to attend university. 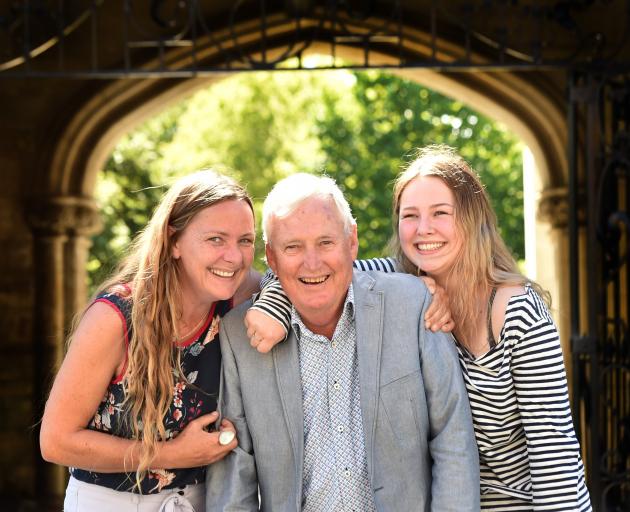 Three generations of the O’Malley family — Sarah (left), Noel and Madeleine — attend the University of Otago together. PHOTO: PETER MCINTOSH

"Maybe I was a bit of inspiration, but it probably would have happened anyway."

He has practised law in Balclutha since graduating in 1975, but recently sold his law practice, O'Malley & Co.

"I’m hoping to free up a bit of time and pursue this study," he said.

"I’m ever so delighted to be joined on this venture by my daughter, Sarah ... and to cap it all off, my granddaughter — Sarah’s daughter — Madeleine has enrolled here to embark on her law degree.

"It is absolutely cool that we will head off this year together."

The trio met for lunch yesterday and compared notes on their first two days of study for the year.

Ms O’Malley, who has moved to Dunedin to reside at Toroa College, was happy to have her mother and grandfather attending university with her.

It had helped ease the daunting process of beginning university.