Tolley meeting on future of schools 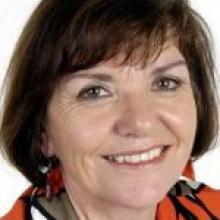 Anne Tolley
Education Minister Anne Tolley will meet schools in South Dunedin later this month to give feedback on the initial consultation round of a process which aims to decide a future for schools with empty classrooms in the area.

Demographic projections showed no significant rise in pupil numbers over the next few years.

She called for submissions on potential solutions to the problem late last year, but the consultation process had been delayed by several weeks because of the sheer number of submissions.

About 120 were received from southern Dunedin school communities and, now that a report had been written by ministry staff summarising the submissions, Mrs Tolley was ready to meet the schools involved to provide them with feedback and talk through the next steps in the process.

It is not known yet where the meeting will be held, but it is expected to be in Dunedin on February 22 from 9.30am until 10.30am.

Late last year, she presented two restructuring options for schools in South Dunedin, which included the closure and amalgamation of some schools.

However, she has given no indication yet whether any of the submissions have changed her view.

A spokesman for the minister said it was unlikely she would lay a proposal on the table for South Dunedin schools based on the submissions, during the February 22 meeting.

When a decision on an option or options is made, it is expected to go out for further consultation, after which Mrs Tolley will choose one to be implemented in 2012.