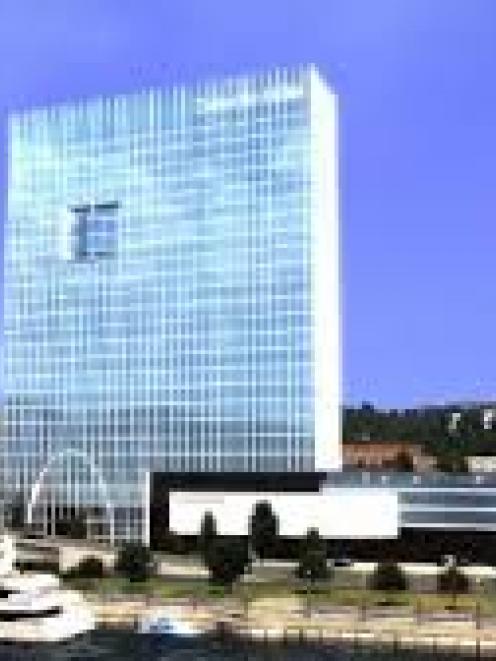 They insist, however, they remain committed to their Wharf St site, despite suggestions two other locations might be emerging as frontrunners.

The comments from Phil Page, the lawyer for Betterways Advisory Ltd, came as it was confirmed nearly 40 parties had lined up to join the Environment Court proceedings later this year.

The appeal was lodged by Betterways days after the Dunedin City Council's hearings committee decided in June to decline consent for the 27-storey hotel.

Since then, Betterways director Jing Song indicated she was willing to compromise on the hotel's design, including its height, and possibly even its location, while Mayor Dave Cull offered the company independent planning advice.

However, he did not think the nearly 40 parties to the appeal would cause problems, saying some of those joining proceedings supported the hotel.

''Some of the concerns expressed can be readily fixed. Mediation will reveal whether a hearing will be required, and we will not know until after mediation what the scope of any remaining issues will be.''

In the meantime, Betterways remained committed to making the site at 41 Wharf St work ''for both the hotel project and the city''.

''We are awaiting the outcome of some further work, and are committed to working with the council to resolve their concerns.

''This is a complex project and that will take some time.''

He would not say if the work included a revised design that lowered the hotel's height - the source of many of the concerns expressed by submitters - but played down suggestions other sites were being considered.

Dunedin Venues Management Ltd chief executive Darren Burden said he had not been approached by Betterways ''or anybody else'' about building a hotel on the stadium's car park.

The idea of a hotel on site had been canvassed during the development of the stadium project, and the venue's zoning made one a discretionary activity, but consent would still be required.

The Otago Regional Council also had not been contacted by Betterways about its waterfront site, council corporate services director Wayne Scott said.

''The council has not yet declared the land surplus to its requirements, and it is yet to be discounted from the list of possible sites identified for the council's unresolved accommodation issues,'' he said.

Council hearings committee chairman Cr Colin Weatherall said the delay until court mediation began would give the company time to ''look at other options and alternatives''.

''I understand there's some meetings taking place that involve some parties, and they're working through their options, basically.

''There's a working group of interested parties that's seeing what and where they may be able to go.''

He was not involved in talks, as he would be tasked with helping defend the council's position.

In June, Ms Song said 41 Wharf St remained the preferred location for the hotel, but relocating was possible.

While alternative locations had been discussed publicly by others, Mr Page said yesterday none had been ''presented to Jing and [husband Ping Cao] for consideration, nor are they expecting that to happen''.