By Courtney White
0 Comments
Being carried uphill after an emergency or injury is never likely to be an entirely enjoyable experience, but the arrival of a new monowheel at the Dunedin Central Fire Station is set to make rescue operations easier, safer, faster and probably more comfortable.

The Stokes basket monowheel, also known as a Traverse Rescue Mule Litter Wheel, is a contraption which attaches to a Stokes basket - the stretcher widely used by emergency services in search and rescue operations to carry injured people.

The wheel was the first for the Dunedin Fire and Emergency New Zealand crew.

"When we’re rescuing a patient, we can put the Stokes basket on top of it to assist us for long carries, to make it easier for our crews." 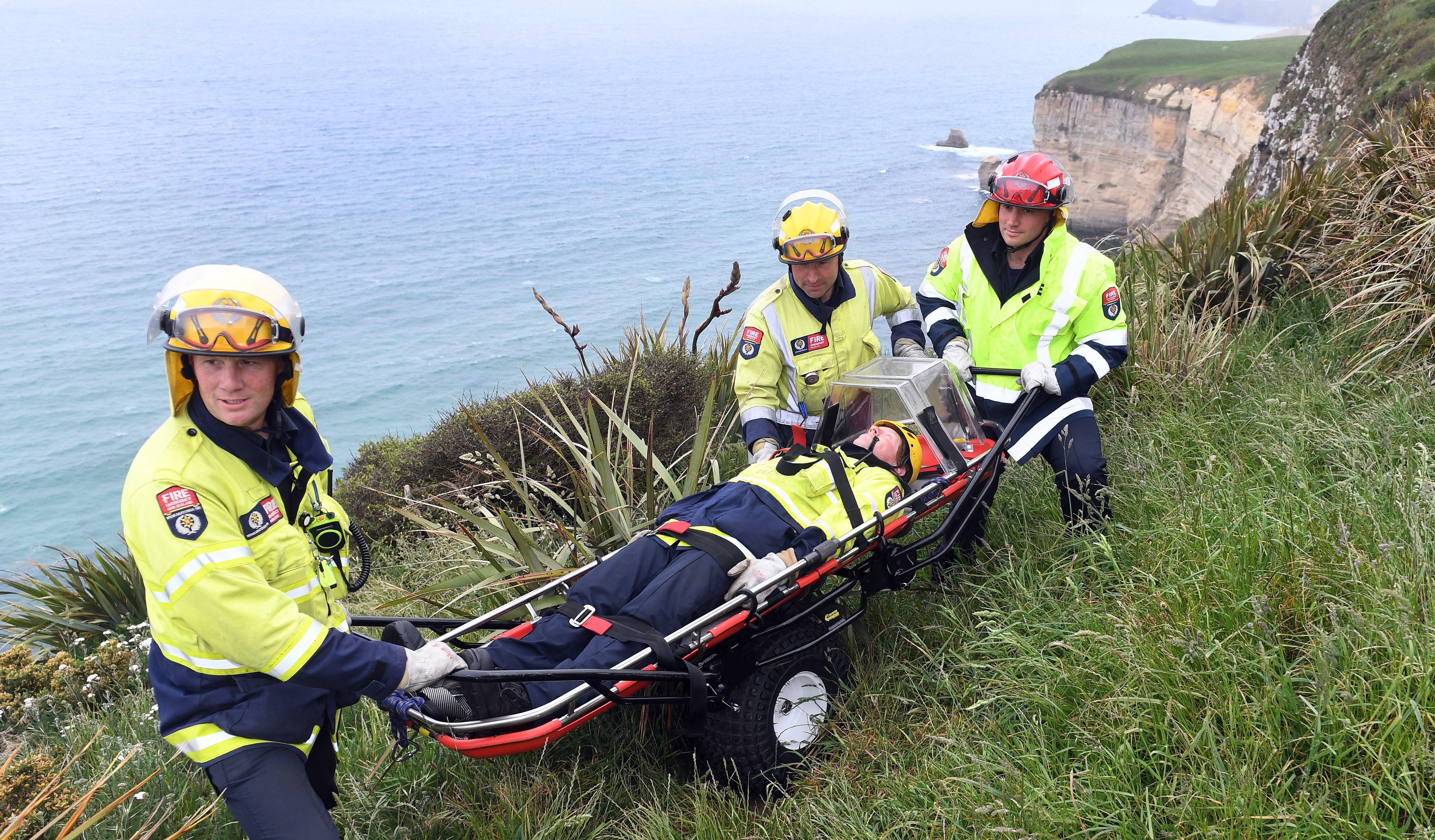 "Prior to having the monowheel, we were just relying on us lifting the Stokes basket, so this is going to make it a lot easier for any further rescues we have to do."

The wheel would be at the Dunedin City fire station. However, any crews that might need it would be able to call for it and it would be deployed.

It would be a great help for Dunedin Fenz crew members in doing their jobs effectively, he said.

"We’re very happy to have this piece of kit."