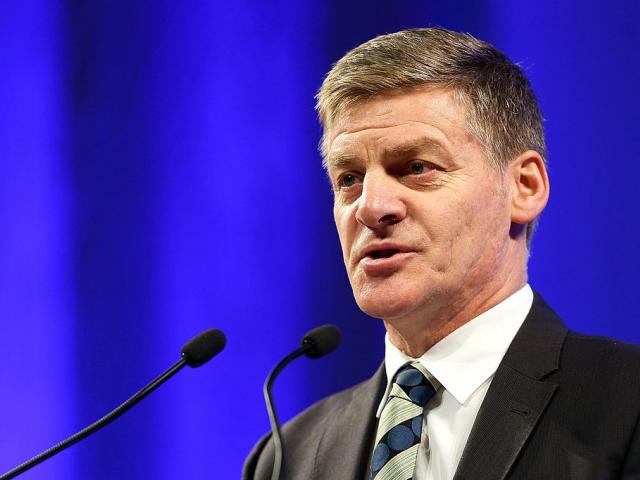 Bill English. Photo: Getty Images
The Labour Party has "bumbled into" its policy to charge for water in a "reckless" way that would put a Labour-led government on a collision course with both Maori and other water users, Prime Minister Bill English said at his weekly post-Cabinet press conference.

"A royalty implies ownership," said Mr English of Labour's plans to charge a per litre royalty for bottled water and a per cubic metre levy for freshwater used in irrigation or for commercial purposes unless the water comes from an urban water supply or is used for electricity generation.

"That ownership will certainly be contested by iwi and the government has never asserted ownership in that way," said Mr English.

"I think the Labour has just bumbled into it."

Labour said last week it would hold a national forum on freshwater policy within its first 100 days in office and would deal with Maori freshwater claims in the process of establishing a levy on water for irrigation for which the party's spokesman, David Parker, has been reluctant to pin a forecast.

"National's latest scaremongering can't cover over the fact that if water users don't pay a royalty to contribute to cleaning up our rivers, pensioners and working people will foot the bill through their taxes," said Mr Parker in a statement, following claims by National Party supporters of levies high enough to make cabbages cost $18 a head.

Mr English said the freshwater policy making process of the last nine years appeared to have passed Labour by without notice.

"The royalty asserts Crown ownership and that has never been done and the Labour Party have bumbled into it," he said.

"They've now asserted ownership and that's going to be contested.

"We've spent nine years on the issue, we've never asserted ownership, but we have worked with Maori on rights and interests and that's been a much more constructive way forward."

It had also been established that Maori claims were "highly localised" and not amenable to a national Treaty settlement like the pan-Maori fisheries settlement of the early 1990s.

However, it was now possible to have a debate about the crucial question of water allocation, and there it was "yet to be seen" whether water needed a price in order for allocation to occur, Mr English said.

"It's pretty clear the Labour Party have paid no attention," said Mr English.

"I think their attitude to it is reckless.

"We've worked very hard to preserve the Crown's position and very hard to respect Maori rights and interests, and in that context we've been able to make major progress on lifting our environmental standards to the point where last week we finalised five or six years of work on the National Policy Statement that now allows us to measure quality and make progress."

Reckless? if anyone is reckless, it's the current Government, with their fundamentalist cargo-cult of endless 'growth' which is supposed to lead to the glossy magazine lifestyle for all. No matter that we are stuffing up the climate, overfishing, fouling waterways, using up strategic minerals and paving over good arable land. True: over recent generations we've done quite nicely; but how can 'growth' continue unabated? Optimists put their faith in (unspecified) technological advances to solve these issues. Realists understand that no technology (short of cheap, safe nuclear fusion perhaps) can deliver endless growth. The current phase of human 'development' is not linear, any more than the growth of bacteria in a petri dish is linear.
"Growth" is a fundamentalist religion - certainly for the Nats, and possibly for Labour too. Climate disruption may be the first clear signal that it can't continue.