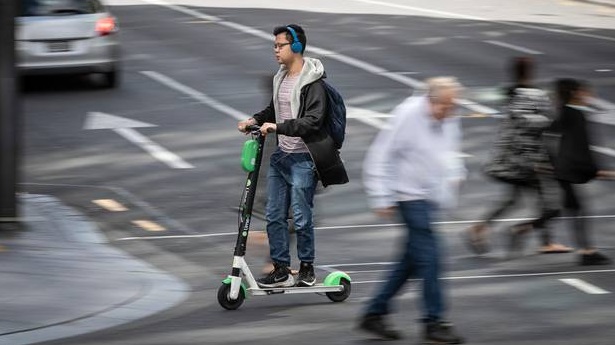 The council is preparing to launch its second trial of e-scooters, following a turbulent run with the US-based company Lime.

The company's vehicles were temporarily suspended in Auckland and pulled in Dunedin after a braking glitch emerged which left 30 people injured as a result, from around 150 incidents.

In Auckland, e-scooter company Wave also rolled out in the city in recent months.

There are currently 1700 Lime and Wave scooters on Auckland streets - that will increase to 1875 scooters during the next trial, to be operated by three companies.

It has not yet been revealed which three companies will be granted the licences.

The council is bringing in stricter reporting conditions for companies this time around, as well as controls over how the scooters are spread across the city, and the fees associated with them.

Auckland Council licensing and regulatory compliance manager Craig Hobbs said the council would be charging three operators a total of more than $46,000 over the next six months.

"It's probably not where we would like it to be, but it's about quadruple what we have been currently and we'll now be charging on a per scooter basis."

Mr Hobbs said different fees would apply depending on where the scooters were - inner city, fringe and outer suburbs.

If companies did not operate in the areas their licence applied to, they would be fined, Mr Hobbs said.

There would also be a $371 fine if companies did not remove scooters if they were dumped or incorrectly parked - for example blocking footpaths - for more than three hours.

Mr Hobbs said the new rules did not require helmets or specify where riders could go, as those required law changes to be made by central government.

The final details of the e-scooter trial, including the three successful companies who will be taking part, are expected to be announced next week.

Watch out the DCC will be upping the fees for e scooters . Dcc cannot do anything about anything unless the Auckland CC do it first . I am a low vision wheelchair user most days I will go out around South Dunedin and have to work my way around the footpaths everyone goes on about scooters on the footpath it is not it is road cones and rubbish bins . And in the weeknd's cars parked on the footpath where they have a grass verge outside their house I believe someone from the council should come with me for a day and just see what the footpaths are like and who should get fines