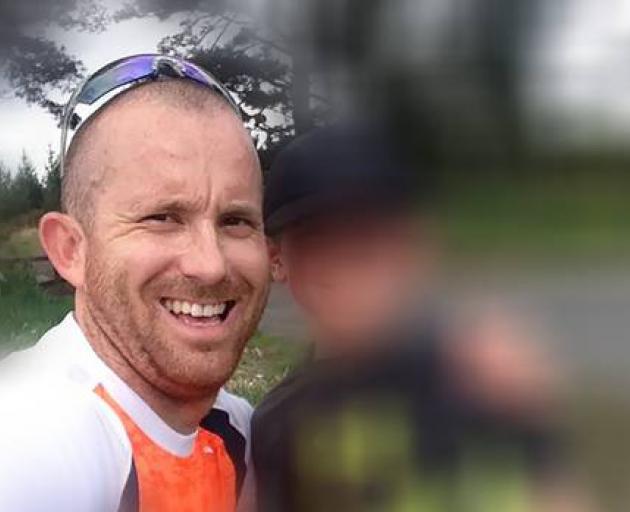 Jamie Jameson died of his injuries after being hit by a driver allegedly evading police. Photo: Facebook via NZ Herald

A man who died in a crash involving a driver fleeing police has been described by his family on social media as "such a good guy... (who) knew how to live life to the full".

Jamie Jameson, a 39-year-old a father and Auckland businessman, was cycling in the West Auckland suburb of Massey when he was struck by a driver allegedly trying to evade police on November 25.

He died on Tuesday night after succumbing to the critical injuries he sustained in the crash.

Jameson, a property business manager, leaves behind a wife and son.

His cousin Alex Bonham, a Waitemata Local Board member, shared on social media that his family are suffering a "wrenching loss".

"At ten minutes past eleven [on Tuesday], my cousin Jamie Jameson died, after the tubes keeping him alive were withdrawn.

"He was such a good guy, honest, brave, loving, kind, generous, fun, reliable and able and he knew how to live life to the full," she wrote.

"The doctors say he wouldn't have known what hit him. I guess that is something. And holding his hand at the end. He was loved and he was not alone."

The reason for the granting of interim name suppression cannot be published.

Waitemata Acting District Commander Inspector Shanan Gray previously said that a suspicious car was flagged leaving a Massey address "of interest" on the evening of November 25.

A police pursuit began when the car failed to stop after being signalled to pull over.

The vehicle struck the cyclist at the intersection on Don Buck Rd and Helena St but did not stop.

The alleged offender's vehicle was found hidden several kilometres from the site of the crash and the driver was taken into custody by police, Gray said.

Gray told the Herald that the cyclist's death was a tragedy.

"Our hearts go out to his family and we are ensuring that they are provided with support at this time," he said.

"Our staff are also devastated. Police officers come to work each and every day to keep our community safe and this is an absolutely tragic outcome.

"We continue to urge anyone who is signalled to stop by Police to do so immediately. It is simply not worth putting your life, and the lives of innocent members of the public who are going about their daily business, at risk.

"The consequences can be deadly and unfortunately on this occasion the decision not to stop has had a devastating, tragic outcome involving a member of the public."

Police are continuing to investigate this incident and the Independent Police Conduct Authority has already been notified.