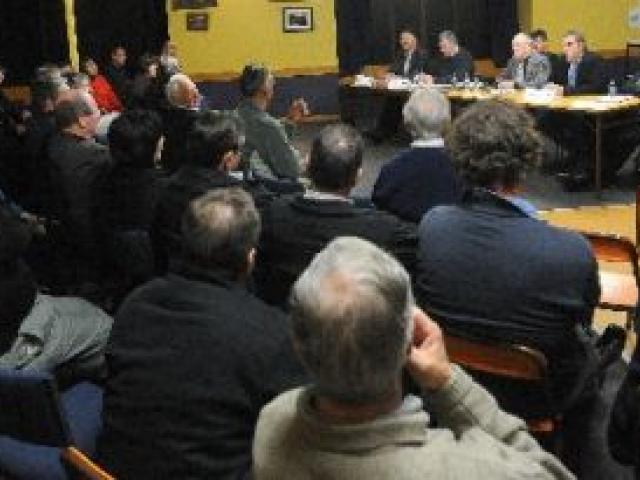 About 50 people at the West Taieri Rugby Club rooms heard their positions and answers to questions on transparency, interaction with staff and on how urban-centred charges contributed to farmers' rates.

Maurice Prendergast said the council should increase the uniform annual charge rather than rely on a "perverse" capital ratings system that taxed people on "perceived wealth".

The former councillor warned of the impact on council business of mayor-dispensed chairmanships which encouraged councillors to "toe the line" when the mayor wanted to "build an empire to memorialise" his mayoralty with "such things as stadiums and Chinese gardens".

Deputy mayor Syd Brown said rates were all higher in Clutha, Waitaki and Central Otago and that city rates paid for a raft of facilities that improved opportunities for everyone - including daughters who might not have work on their parents' farms.

Noting the majority of the council's transport budget came from the Government in a "64%-46% split", he said one of his policies was to pursue a Dunedin Inc or Otago-Southland Inc idea to ensure the new Auckland super city did not steal a march on southern local authorities.

Cr Kate Wilson said rates were supposed to be about equity but that rating rules were a sledgehammer, and more work needed to be done on targeted rates.

She wanted councillors to take more control to ensure Taieri planning focused on water, irrigation and flood mitigation, and on how towns in the city's hinterland, including Middlemarch, would cope in the face of peak oil.

Radiation therapist and advocate for more younger people on council Craig Watson (28) wanted the city to cap the number of neighbourhood off-licences, and to stop the proliferation of corner stores whose primary purpose was to sell cigarettes.

He wanted to work closely with neighbouring councils to find ways to cut costs, and wanted the council to use referendums before committing to big-ticket projects such as the Forsyth Barr Stadium.

Malcolm Anngow favoured fewer closed-door council meetings and more consultation and, while council debt was tipped to grow, he wanted rates increases kept to a minimum and offset by increased efficiencies and a review of council credit cards and discretionary spending.