The ODT has not used the information.

The Government, furious at the release of sensitive, confidential material, called in Michael Heron QC to lead an inquiry into how the file was leaked.

"I have expressed to Hamish my view that forwarding on this information was an error of judgement."

Compounding Mr Walker’s problems is the fact that both Mr Muller and the party’s health spokesman, Michael Woodhouse, have strongly condemned the leak of the patient’s private information.

Mr Walker agreed to assist the inquiry, and said: "I sincerely apologise for how I have handled this information and to the individuals impacted by this."

Mr Walker said he sent the information to media outlets to "expose the Government’s shortcomings so they would be rectified". 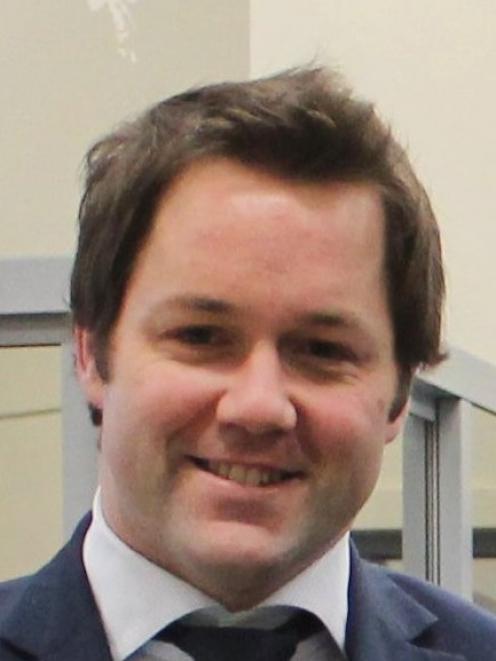 "It was never intended that the personal details would be made public, and they have not been, either by me or the persons I forwarded them to."

Until now Mr Walker had had a largely successful first term as an MP, leading the fight to preserve maternity services in Lumsden and lobbying strongly for greater support for Queenstown businesses affected by the Covid-19 economic downturn.

However, Mr Walker’s grievous breach of personal privacy will be contrasted against Health Minister David Clark’s breaches of Covid-19 lockdown regulations — for which he offered to resign in April — and could be viewed by some as a more serious offence.

Dr Clark stepped down from his health role last week.

"The information was made available to me in my position as then acting chief executive of the Auckland Rescue Helicopter Trust, although it was sent to my private email address," she said.

"This was a massive error of judgement on my part and I apologise to my colleagues at ARHT, whom I have let down badly."

Ms Boag said she regretted her actions, and did not anticipate that Mr Walker would send the email on to some media outlets.

"I am grateful that the media involved have chosen not to publish the 18 names that were contained within it."

Mr Edwards said he believed the deliberate leak of the information was illegal and in breach of the Privacy Act and looked forward to the inquiry’s findings.

New Zealanders should expect better from their politicians, Mr Edwards said, and it was deeply disappointing "for anyone to use that kind of sensitive personal information as a kind of political stunt and leverage".

State Services Minister Chris Hipkins said he was disappointed at the revelation of Mr Walker’s role, saying New Zealanders should be able to rely on MPs to do the right thing.

"That clearly hasn’t happened in this situation," he said.

"If a member of Parliament can’t accept that receiving people’s health information is something that they should treat with a degree of confidence, then that says quite a lot about their own levels of personal integrity and judgement."

Mr Hipkins hoped Mr Heron’s investigation would prevent similar such leaks in the future, and thanked the media for not publishing the information Mr Walker had provided them.

Mr Walker said he had received legal advice that he had not committed a criminal offence.

"The information that I received was not password protected ... it was not stored on a secure system where authorised people needed to log on," he said.

"There was no redaction to protect patient details, and no confidentiality statement on the document."

Mr Walker said such private health data did not have basic security safeguards in place, but should have.

"The Government needs to immediately change its protocols and store the information on a secure, safe network that at a minimum requires a password."

Mr Walker has already been selected by National as its candidate for the renamed Southland seat in September’s election.