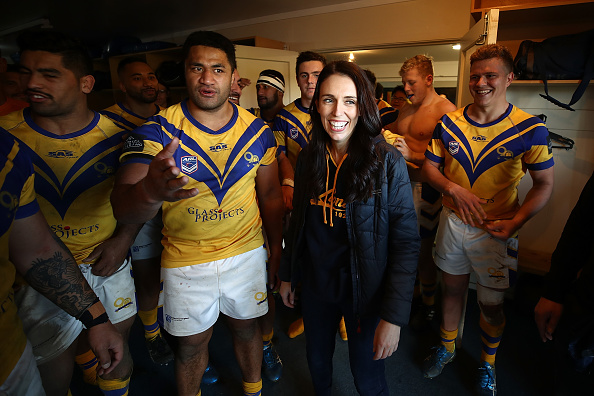 This will be followed by light rail from the city to the North Shore, Ardern announced at Auckland's Wynyard Quarter, the proposed city terminus for the multibillion-dollar scheme.

"I believe Labour's plan is a game-changer. It will reduce the $2b a year that congestion costs Auckland. It will realise Auckland's potential to be a truly world-class city," said Ardern.

She said Labour would give Auckland Council the power to introduce a regional petrol tax - understood to be 10 cents a litre - to help pay for light rail. Infrastructure bonds and targeted rates would also be used to fund transport in Auckland.

''A world-class city needs a rail connection from the CBD to its international airport - that's why Labour will build light rail to Auckland Airport as a priority,'' she said.

"Let's get Auckland moving by building a light rail network and accelerating investment in heavy rail and bus rapid transit. This is crucial to Auckland's future growth."

Labour plans to free up money by scaling back the Government's proposed east-west link through Auckland's industrial belt, costed at between $1.25b and $1.85b.

"Investing in high quality modern public transport is the best way to unclog our roads. This will ensure Auckland can grow and meet the needs of all who live and work in this great city.

Labour's Auckland Issues spokesman Phil Twyford said the party's plans had been influenced by the lobby group, Greater Auckland, which proposes a congestion-free network, including light rail to the airport.

Another lobby group, the Public Transport Users Association, is pushing for heavy rail to the airport, arguing an existing railway line already reaches within a few kilometres of the airport at Onehunga and light rail requires significant land and infrastructure development costs.

At last December's Mt Roskill by-election, Labour promised to build light rail from Wynyard Quarter to Mt Roskill costing $1.36b, of which the Government would pay half and Auckland Council the other half.

The 13km line would run via Britomart, along Queen St to Dominion Rd, ending near the Stoddard Rd-Sandringham Rd intersection.

Auckland Mayor and former Labour leader Phil Goff is a big fan of light rail from the city to Mt Roskill and has promised a business case for an isthmus light rail system as part of next year's 10-year budget.

The council currently has no money for light rail and is right up against its debt ceiling, which, if breached could lead to a credit rating downgrade and drive up borrowing costs.

About 300 people were at Ardern's announcement of Labour's Auckland Transport policy at Wynyard Quarter, her first public appearance since becoming leader.

After a welcome from actress Robyn Malcolm, Ardern said she was pleased her first public announcement was in Auckland the city she lived in and "I love".

She said congestion was crippling the city and she said Labour was committed to building rail to the airport, the west and the North Shore.

• Build light rail from the CBD to Auckland airport. This will be part of a new light rail network that will be built over the next decade with routes to the central suburbs, the airport, and West Auckland, and will later be extended to the North Shore.

• Build a new Bus Rapid Transit line from Howick to the airport, starting with a bus service which will connect Puhinui train station to the airport in one year

• Allow Auckland Council to collect a regional fuel tax to fund the acceleration of these investments, along with infrastructure bonds and targeted rates.

• Scale back the East-West Link to a reasonable cost with better value for money.