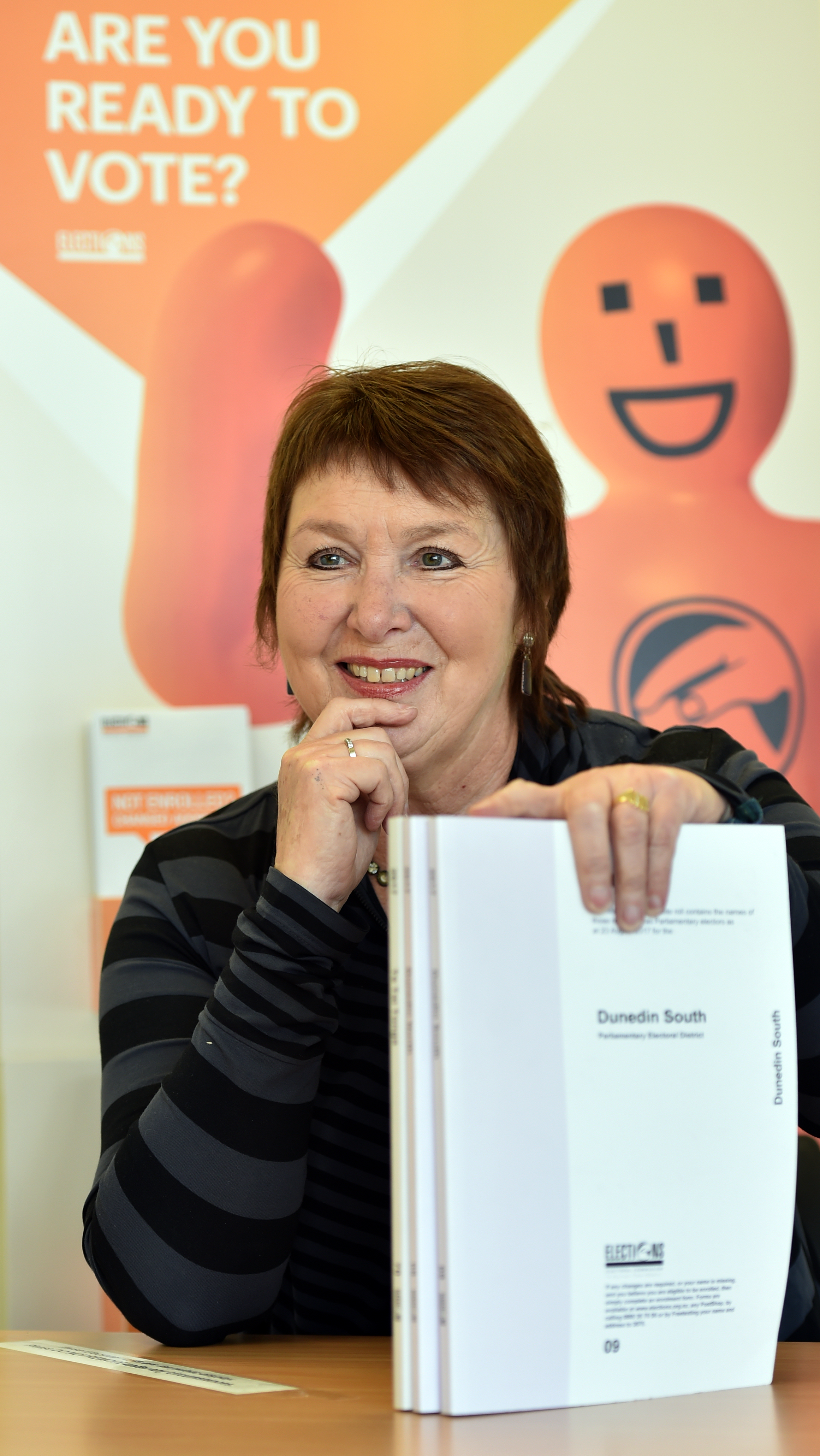 Mrs Vickers recently thanked people who had helped with the work of the Electoral Commission in Dunedin, ``throughout this very busy year''.

She had ``really appreciated'' that support to``ensure as many people as possible were able to exercise their democratic right to have their say'' in how the country was governed, she said.

She would be retiring as of December 22, and said her 12 years as the city's registrar of electors had been ``thrilling, challenging and very rewarding''.

``I will leave here with some excellent memories and experiences and the privilege of having met and worked with so many wonderful people and organisations.''

Mrs Vickers recalled starting her Dunedin job close to the 2005 general election, and having earlier only recently shifted to the city, after living in Timaru and on the West Coast.

She felt that 12 years of work had ``all come to fruition'' this year, partly through the development of supportive networks.

Mrs Vickers, who turns 65 later this month, and her husband, Grant, had recently ``found our special home'' in Waikouaiti.

She said she looked forward to learning more about that community and becoming involved.