MMP: What you need to know 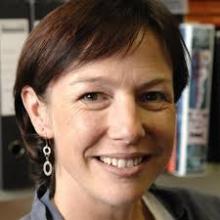 Prof Janine Hayward
With advanced voting opening this week, everyone will be thinking about who to vote for.

But it's useful to have a refresher on how to vote using MMP.

Both the electorate vote and the party vote are important in different ways. There are a few rules to keep in mind about the way MMP turns your vote into MPs in Parliament.

This is why MMP is a proportional system; it ensures that the votes a party receives closely reflect the seats it wins in Parliament.

There are two thresholds that can affect the translation of party votes into seats. These are the 5% threshold and the one electorate seat threshold. They are closely related to each other.

If a party wins one electorate seat, it will win seats in Parliament equivalent to its party vote, even if that is less than 5%. Each MP is worth about 0.8% of the party vote.

So, if a party wins one electorate seat and 2.5% of the party vote, it will have three MPs in Parliament – the electorate MP and two MPs from its party list.

But if a party wins an electorate seat and has less than 0.8% of the party vote, that electorate MP will create which is called an ‘overhang’ in Parliament.

Overhang is when the number of seats overall increases to accommodate the election of that MP and Parliament ends up with, for example, 121 MPs overall.

When you cast your vote, it is important to remember that your party vote will help to elect an MP in much the same way your electorate vote does.

When you are thinking about how to cast your party vote, you should check the party list (available at elections.org.nz) to see who your party vote is going to elect.

It is also important to remember that all voters, whether they are in the general or Maori electorates, vote for exactly the same parties with their party vote.

All parties contesting the election, even the parties only standing candidates in some electorates, are on the ballot for your party vote.

Some voters choose to ‘split their ticket’; this means that they vote for different parties with their electorate and party votes.

However you choose to vote at this election, make sure you do vote, and encourage your friends, colleagues, family members, and neighbours to do the same.