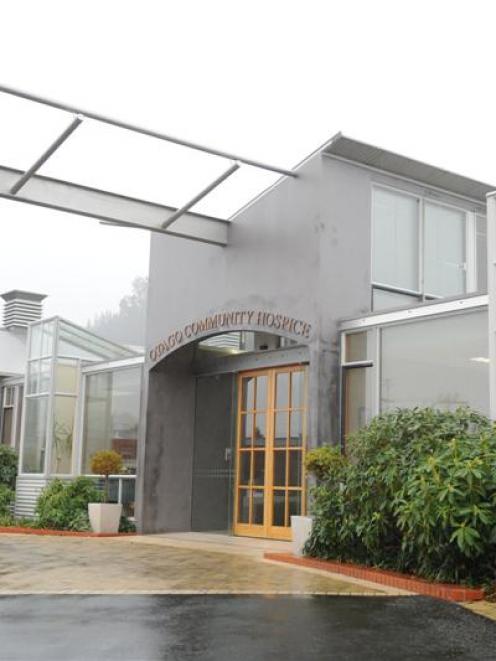 Yesterday, National leader John Key announced a policy that would boost funding by $15 million, which he said would lift public funding to 70% of operating costs, providing more certainty of funding.

Hospice chief executive officer Ginny Green said it seemed likely under the policy that Otago would receive $500,000 more than at present, although it was not clear whether the funding would be contract or population-based.

"This would completely turn things around for us deficit-wise."

Details of how the funding would be allocated have not been spelled out by National.

It says it would work with district health boards, Hospice New Zealand and individual hospices to ensure funding was allocated equitably and that it took into account the level of existing public funding.

Associate Minister of Health Damien O'Connor accused National of giving money to health pressure groups because they demanded it during an election campaign.

Labour would look at extra money for hospices, but palliative care funding involved more than hospices and the Government had programmes under way to ensure the whole palliative care area was properly funded.

The Otago hospice has been in the headlines since July when it announced bed numbers were likely to be reduced because the organisation faced a $300,000 deficit.

The community rallied to boost the hospice's coffers and avert the bed closure, but concerns remain within the hospice movement about the disparity between government funding and operating costs.

Ms Green said the 70% being proposed by National was a whole lot better than the 58% received now by the Otago hospice.

This percentage related to the operating costs of the services it was contracted by the district health board to provide.

She did not expect National's announcement would affect the results of today's street appeal.

"Our street appeals are always hugely successful . . . People are very very aware of the issues and very supportive."

An extra $12 million a year had been allocated under the cancer control plan, and district health boards had been spending more through their population-based funding.

Hospice New Zealand chairman Wilf Marley was delighted the National Party was recognising the importance of the hospice service and need to get funding "more secure".