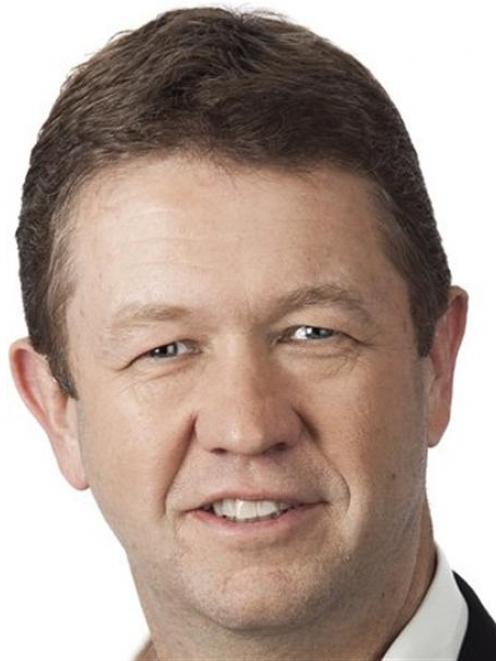 David Cunliffe
The song says you can't beat Wellington on a good day. Even a bad day, too.

Truth be told, few suburbs in metropolitan New Zealand are as miserable, dreary and downright depressing as Johnsonville on one of the capital's many bad days.

The nondescript housing clings desperately to the gorse-infested hillsides as the prevailing northerly gale whips sheets of horizontal rain across the faces of those rushing from their cars for the shelter of the 1950s-era shopping mall, the redevelopment of which has been put on hold for a further 18 months because of Wellington's flat economy.

The inhabitants would surely leave were it not that the next exit or so up State Highway 1 would leave them stranded somewhere even more uninviting - the dormitory suburb of Tawa.

It is here in the commuter-belt and mortgage-belt seat of Ohariu, which covers the north Wellington conurbation, that one of the crucial battles of the 2014 election campaign will be fought. That contest could even determine who governs after November next year.

Labour, the Greens and New Zealand First will surely want to see the back of Peter Dunne, the incumbent MP and, in their view, someone way beyond his use-by date.

Mr Dunne's United Future might profess to be a centre party. He says he is ruling nothing in or out coalition-wise. But neither is he going to spend the tail-end of his 29-year parliamentary career voting for tax rises - the very reason why he quit Labour back in the early 1990s. A confidence and supply agreement between Labour and United Future was already looking unlikely despite the two parties having worked together in government in Helen Clark's time.

The direction David Cunliffe is taking Labour makes even the loosest, most flexible arrangement well-nigh impossible.

National, on the other hand, may need Mr Dunne's vote more than ever to stay on the government benches, especially if the Maori Party returns to Parliament in lesser number.

Mr Dunne, no doubt, would like nothing better than to shut Winston Peters out of power, along with other Opposition figures who have tormented him during what has been his year from hell.

It was Mr Peters who kicked things off by accusing Mr Dunne of leaking the Kitteridge report on the GCSB. Mr Dunne was subsequently struck by ''several trains coming from different directions at once'' - the Henry inquiry into the leak, his resignation as a minister, the fuss and embarrassment surrounding his communications with press gallery journalist Andrea Vance, the Electoral Commission's deregistration of his party and the resulting loss of thousands of dollars in funding budgeted for the parliamentary offices of party leaders like him.

However, the messages of support and encouragement from both inside and outside his electorate persuaded him to stay and stand again.

That decision has at least averted the possibility of this weekend's United Future conference being a funeral wake.

It is thought unlikely the half-day conference, which is expected to be attended by about 40 members, will dwell on the leader's faux pas - even in closed session. The unfortunate series of events has already been widely canvassed at party meetings around the country. Mr Dunne will offer his thanks for the party's support in difficult times. But he is not of a mood to offer anyone an apology.

How many electorate votes previously favouring Mr Dunne have gone down the gurgler is anyone's guess. He can probably count on that number being in the hundreds rather than the thousands.

But that would be enough to make things tight - especially as Labour can be expected to do better in 2014 than it did in 2011.

As much as the passage of time will dim voters' recollection of his recent folly, his prime worry must be that he has handed those who have tired of his lengthy tenure an excuse to turf him out.

But in the end, none of Mr Dunne's constituents have suffered any harm from his behaviour. No crime has been committed - unless you believe leaking a supposedly confidential government document falls into that category.

The only victims have been Mr Dunne and Ms Vance. He insists he did not leak the report to Ms Vance. No-one believes him. His credibility has suffered accordingly. But it is nowhere near being destroyed. It will take much more than one silly error to leave his reputation irrevocably stained.

The upshot is that Mr Dunne is ever more dependent on National to help him hold his seat. He has already issued a plea for help in the form of a challenge to National to ''nurture its credible partners'' - United Future, Act New Zealand and the Maori Party - over the coming 12 months rather than gifting a seat to ''doctrinaire, inflexible, inexperienced extremists'' in the shape of Colin Craig's Conservatives. Otherwise, he warns, it might be a question of what might have been for National on election night.

In 2011, National stood a candidate in Ohariu, but took the line that its supporters should give National their party vote and make their own judgement about how to cast their electorate vote.

That was a pretty weak hint to vote for Mr Dunne - and its impact was further diluted by the National candidate, Katrina Shanks, deciding to campaign hard in the seat, thereby splitting the centre-right vote and nearly handing victory to Labour's Charles Chauvel.

Had the Greens not stood, Mr Chauvel might have just managed to get enough votes to secure the seat. Mr Chauvel, who was already a list MP, has since left for the United Nations in New York. Ms Shanks, also a list MP, announced this week she, too, was retiring from politics at next year's election.

With Ms Shanks no longer around to re-seek nomination, National can select someone more willing to put the party's wider interest first by keeping his or her head down and concentrating on building National's party vote.

On the other side of the political ledger, Labour and the Greens also similarly have to stop ignoring the political reality staring them in the face. If the centre-left wants to win the seat, only Labour can do it. The Greens should not stand a candidate. And, to be blunt, neither should National in what is a special case.