Opinion: Labour starting to look as if it is ready to govern 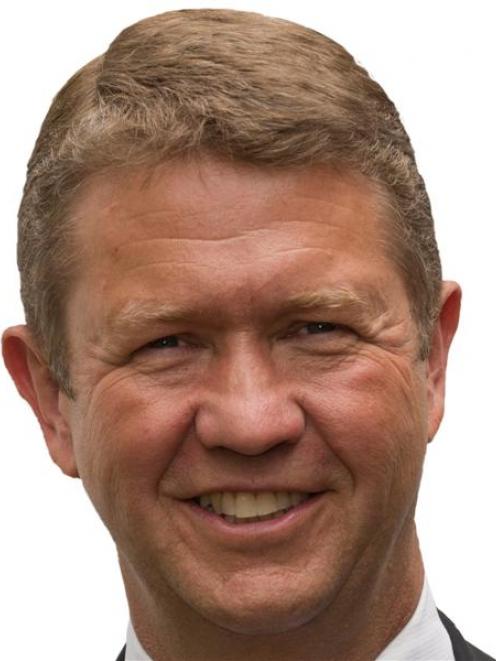 David Cunliffe
It must surely be tempting fate to mention it, but there are definite signs Labour has finally emerged from its long bleak winter of dysfunction, despair and inertia.

With election day a mere four months away, the new urgency has arrived not a moment too soon.

It is hard to put a finger on exactly what has made the difference such that Labour is now doing things right.

There was one small example this week: Labour's offer to help National get part of its resource management amending legislation through Parliament to speed up approvals for new housing, particularly in Auckland.

Obviously Labour was looking to win public kudos for supporting an urgently needed government measure, while also embarrassing National by coming to its rescue after its allies all refused to play ball.

Not surprisingly, National would not play ball with Labour. Normally, however, Labour would have not lifted a finger to help the old enemy. It would have left National to stew.

David Cunliffe and his shadow cabinet are starting to heed the fact they could be in government in a few short months. That places demands on the party to be responsible, rather than populist.

The voting public probably have not discerned any change in Labour, but they will. And they are likely to give Labour credit for taking moderate stances rather than extreme ones, because that is what they expect Labour to do.

Take immigration. Cunliffe's mention that the last Labour Government had a net target of 5000 to 15,000 incoming migrants was widely misinterpreted - including by his own housing spokesman Phil Twyford - as the target for a Cunliffe-led government.

But while Cunliffe would adjust migrant numbers downwards to take pressure off the Auckland housing market, he is not putting numbers on it. He knows you cannot talk about a modern skills-based economy in one breath and slash the skilled migrant intake the next.

Cunliffe is very much part of Labour's renaissance, even though he is still occasionally susceptible to being too clever by three-quarters.

However, the prospect of possibly being prime minister soon is starting to hit home.

He turned in an accomplished performance during his post-Budget appearance last weekend on TV3's The Nation, in stark contrast to his mediocre speech in the Budget debate in Parliament a couple of days earlier.

Then, he resorted to his standard ''National is mugging the poor'' diatribe. The mock anger contradicted his initial observation that the Budget was chock-full of policy stolen from Labour.

The speech's fiery rhetoric did little more than preach to an already-converted minority and had little bearing on the future lives of the great bulk of voters.

It was to that majority to which Cunliffe was shrewdly pitching a far more positive message on The Nation. He was relaxed and natural. He did not try to stuff things down his audience's throats.

He did not duck questions. He did not pretend Labour had all the answers. But he pointed to Labour's set of interlocking policies that, when put together, the party claims with some validity, add up to a viable medium-term strategy for raising the living standards of New Zealanders.

For much of this parliamentary term, Labour's lack of defining policies saw the party being suffocated by National on one side and the Greens on the other.

Labour was never in serious danger of being supplanted by the latter as the major party on the left. But it seemed quite possible the balance of power between the two might end up more in the Greens' favour. However, the lift in the polls the Greens were counting on never materialised.

If there has been a turning point for Labour in what was shaping as a pretty dreadful year for the party, it was the release of its well-received rejigging of monetary policy.

Labour's intention to use KiwiSaver as a brake on interest rate rises caught National off-guard.

Of crucial importance to Labour was that it was able to argue that National did not have a monopoly on the various instruments for running the economy. To Labour's good fortune, by the time National got around to presenting some rather compelling evidence pouring doubt on whether Labour's innovations would make much difference, the debate had moved on.

It was a rare political victory for Labour, made even sweeter by National's struggle to cope with a simultaneous mega-problem: Judith Collins. Suddenly, National no longer looked invincible.

Labour's economic strategy cannot be explained in a few short sound bites. Because this big-picture macroeconomic framework makes some less-than-popular choices with respect to retirement policy and a capital gains tax, however, it offers vision with which National's mainly microeconomic agenda cannot compete.

It also paints Labour as working in the national interest - thus offsetting National's justifiable claim to have been doing the same in getting the Government's books back into surplus.

Of course, things could still turn to custard. We are talking about the Labour Party, after all. But there is a very good reason they will not - Matt McCarten, the former Alliance warhorse, trade union official and now Cunliffe's chief of staff.

It is no accident his arrival has coincided with Labour's revival. He has unified and galvanised Labour's staff. He has initiated a culture change that puts winning first and internal party politics catering to MPs' egos a distant second. He will throw everything he can into securing victory.

He also understands elections are won and lost in the political centre. His status on the left is thus of considerable advantage in knocking back some of the more politically questionable contributions from that quarter.

One question lingers: where would Labour be now had McCarten come on board when Cunliffe became leader last September, rather than at the start of this year? Those four months were wasted months. They could still end up costing Cunliffe big-time.