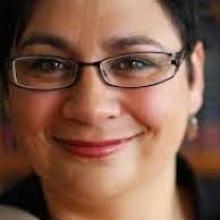 Metiria Turei
The Ministry of Social Development has indicated that it is likely to take a look at Green co-leader Metiria Turei's admission that she lied about her benefit two decades ago.

A spokeswoman said on Monday morning the ministry could not comment on individual cases.

"What we can say is, that when we are told that someone has taken advantage of the support available, we will look into it, through our normal processes."

Announcing her party's welfare reforms on Sunday, Ms Turei revealed that she never told Work and Income about the extra flatmates who were paying rent in her house in the 1990s.

Deputy Prime Minister Paula Bennett said on Monday she did not think Ms Turei should be investigated.

Mrs Bennett, who similarly received a benefit as a solo mum, also said she had never "deliberately lied to or misled" Work and Income NZ herself.

She told The AM Show that Ms Turei's confession was disappointing but she did not agree WINZ should pursue her over it.

"No, she can just be judged on her own merits and others can make that kind of decision. It's just not my call to make."

Asked whether she ever lied to or mislead WINZ to get her full benefit, she said: "No I didn't. I certainly never deliberately mislead Work and Income or did anything like that."

Asked to clarify what she meant by "deliberately", Mrs Bennett said: "I've never lied to them. I never told them I was doing one thing and not another."

She added that she had "never led a perfect life" but she had "certainly never deliberately mislead them or took money that I shouldn't have".

In response to New Zealand Herald questions, a spokeswoman for Mrs Bennett said the Deputy Prime Minister had never been investigated by WINZ or been made to pay back some of her benefit because she worked more than she was allowed to.

Ms Turei said on Monday morning that if she was investigated by the Ministry of Social Development, she would pay back the money she owed. She had "no idea" how much she owed.

She defended her confession, saying the public wanted politicians to understand their lives.

"Thousands and thousands of New Zealanders have had to be in the situation of trying to figure out how to live on a benefit and do so without keeping secrets from WINZ.

"And I've spoken to hundreds of people about this over the years. It's very, very difficult to do."

It is not yet clear whether Ms Turei broke the law by not revealing her living situation to WINZ.

If she lied on an application form about her circumstances, she could be charged with fraud - which would force her to leave Parliament.

However, if she simply did not inform WINZ of a change in her living situation, she may not be guilty of any crime. There is also a possibility that her benefit would not have changed even with the additional flatmates.

The Greens want to lift core benefits by 20% while scrapping all sanctions, including penalties for women who fail to reveal the name of their child's father, or sole parents who want to begin a long-term relationship, promises which prompted a standing ovation from the Green members.

In announcing the policy, Ms Turei said the work obligations and various sanctions were punitive and had trapped beneficiaries in a cycle of poverty.

Mrs Bennett was critical of the policy, telling  Newstalk ZB the work obligations introduced by National had led to the lowest number of solo parents on welfare in nearly 30 years.

She also questioned the affordability of the $1.4 billion policy, saying Greens had not stated how it would be paid for.

Ms Turei said today that it would be covered by forecast surpluses and the higher tax rate for top income earners.

Further revenue-raising plans would be revealed later in the campaign, she said.

Much ado about nothing.