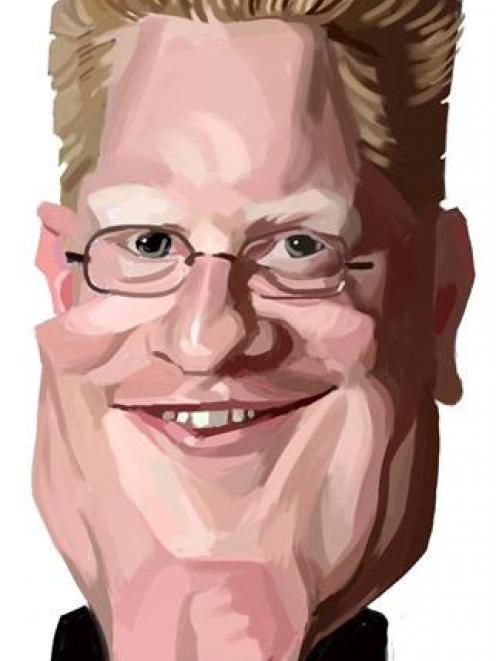 Darren Hughes
Labour Day in Wellington proved to be one right out of the box.

For the first time since I arrived in the capital last Wednesday, it was warm and sunny.

And they say our weather in Dunedin and Otago is rubbish.

Hundreds, maybe thousands, of people were taking advantage of the warm weather to stroll, run, cycle or drive around Oriental Parade.

Music wafted over my family and me as we sat and ate ice cream and looked out across the sparkling harbour.

For the previous two days we had been north of the city, checking out how the election was progressing.

Given the talk around Paraparaumu, Waikanae and points north and south, New Zealand's youngest Cabinet minister, Darren Hughes (30), will be washed away in a sea of blue at the election as Otaki moves from a Labour-held seat with the narrowest of margins, to National.

For those who watch Parliament on television, Mr Guy is the one who sits behind leader John Key and slightly to the right.

Mr Hughes, with his red hair, is a favourite of Prime Minister Helen Clark.

The two community newspapers were not much help at gauging how the election was progressing in New Zealand's most marginal of electorates.

One featured Mr Hughes being pushed in a wheelchair he had donated, and the other ran a story about Mr Guy agreeing to debate Mr Hughes on who would be the best prime minister, Miss Clark or Mr Key.

Mr Guy was not popular with the local organisers of the debate.

Although he had agreed to the debate, he would not set a date and the organisers were worried time was running out to hold it before the election.

The shape of the electorate has changed slightly since "Taking the Pulse" visited three years ago.

More new housing has sprung up in areas that were farmland.

Some impressive houses have been renovated or extended in Raumati South, and the Coastlands shopping centre has gone from huge to gigantic.

Box retailing is alive and well in Kapiti.

The drive to the old part of Paraparaumu was a revelation.

Election signs were scattered around like confetti, with Mr Guy having a clear advantage in the number of signs tacked up to home fences.

In the township, people were willing and able to talk in an informed manner about the election.

Many of them had been in contact with Mr Guy, either through his door-knocking or general campaigning.

They assumed he would take the northern part of the electorate in a romp but Mr Hughes is traditionally strong in the south.

As an outsider, it was hard to know where the electorate started and stopped as signs for Mana are also spread around.

One of the traffic islands is littered with signs of all persuasions, including for Progressive leader Jim Anderton, who, like Labour, is trying to save Kiwibank from being sold by National, even though National now says it will not sell the government-owned entity.

This is a good electorate in which to talk politics.

People are engaged in the process.

The keenest age groups were the 30s to 40s, although the few seniors spoken to had followed the campaign closely.

Instead of saying things good or bad about Miss Clark or Mr Key, they wanted to talk about their local Labour and National candidates.

There are other candidates, but we found no-one who wanted to talk about themMarginal seats do not really matter in an MMP election and both Messrs Hughes and Guy are high enough on the list to be assured of a return to Parliament.

However, what does matter is the pride of the party and the candidate.

Mr Hughes will not want to be the bright young hope of Labour who lost his seat.

Likewise, Mr Guy will receive kudos from his colleagues if he can take the seat.

While his boss will slap him on the back and say "good effort"if he comes second, Mr Guy will be able to push his case more strongly if he is the local MP.

MMP or not, that is still the way it works for the major parties.

The wind was howling along the beach yesterday morning as we went for a walk before breakfast.

It could have been the winds of change for Messrs Hughes and Guy.

• "Taking the Pulse" is being purely parochial today.

While Mr Key was busy announcing National would spend $8.6 billion on infrastructure over the next six years, Miss Clark was promising 100 extra places in New Zealand medical schools by 2011, toughened regulation and public audits of aged care facilities, along with free annual health checks for the intellectually disabled with high support needs.

Given that most infrastructure spending will be north of Christchurch, and that the Otago Medical School will most likely benefit from Labour's promise, Miss Clark takes a point.