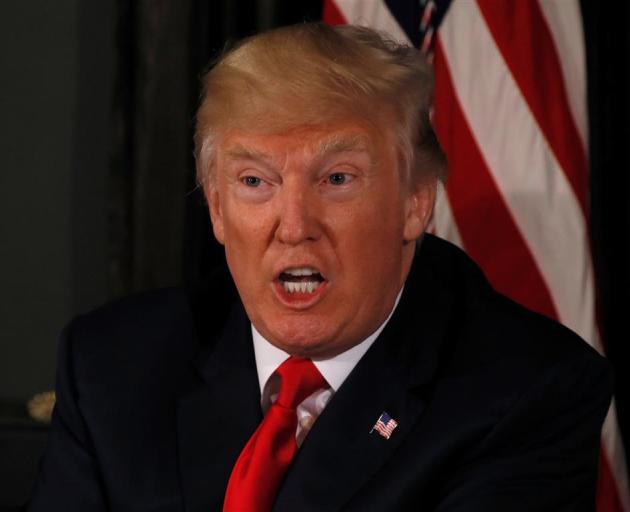 Trump made the comment after attending the Asia-Pacific Economic Cooperation (APEC) summit in Vietnam.

In a series of tweets he also said Chinese President Xi Jinping was "upping sanctions" on North Korea in response to its nuclear and missile programs and that Xi wants Pyongyang to "denuclearize."

During Trump's visit to Beijing last week Xi reiterated that China would strive for the denuclearisation of the Korean peninsula but offered no hint that China would change tack on North Korea, with which it fought side by side in the 1950-53 Korean war against U.S.-led forces. 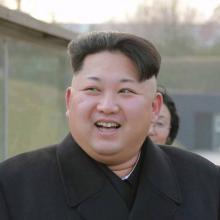 Kim Jong Un
One of Trump's tweets read: "Why would Kim Jong-un insult me by calling me 'old,' when I would NEVER call him 'short and fat?' Oh well, I try so hard to be his friend - and maybe someday that will happen!"

Trump has traded insults and threats with Kim in the past amid escalating tensions over Pyongyang’s nuclear and missile programs as North Korea races toward its goal of developing a nuclear-tipped missile capable of reaching the United States -something Trump has vowed to prevent.

North Korea conducted its sixth and most powerful nuclear bomb test on Sept. 3, prompting another round of U.N. sanctions.

In September Kim described Trump as a “mentally deranged U.S. dotard” whom he would tame with fire. His comments came after Trump threatened in his maiden United Nations address to “totally destroy” the country of 26 million people if the United States were threatened.

North Korea has conducted dozens of ballistic missile tests in defiance of U.N. sanctions. The North has vowed to never give up its weapons programs, saying they are necessary to counter hostility from the United States and its allies.

The United States has said that all options, including military, are on the table, although its preference is for a diplomatic solution.