Cost of cycling solution need not be barrier 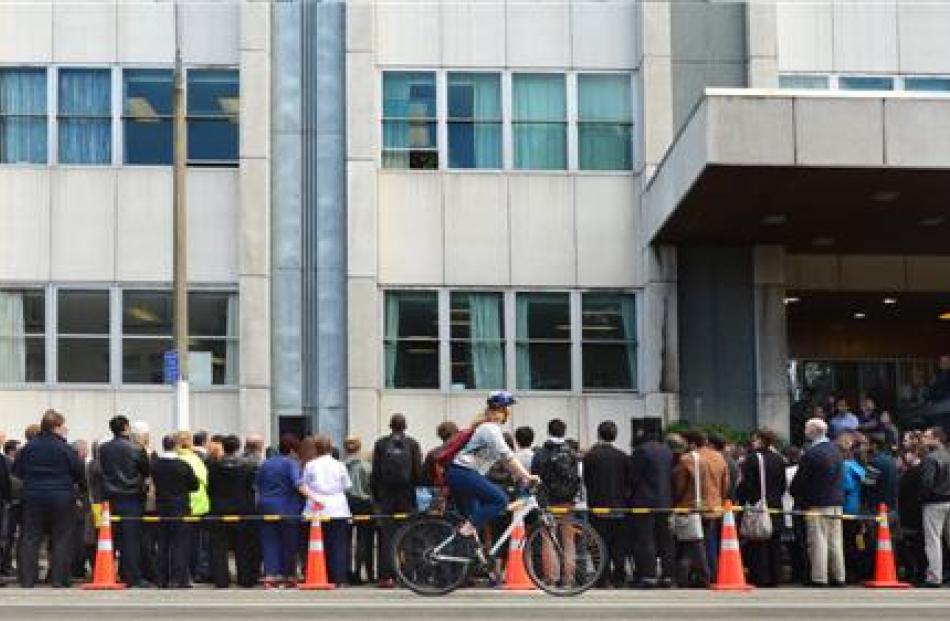 A gathering in September in memory of Li Hong ''Chris'' He, where the cyclist was killed outside Dunedin Public Hospital in November 2012. Photos by Peter McIntosh. 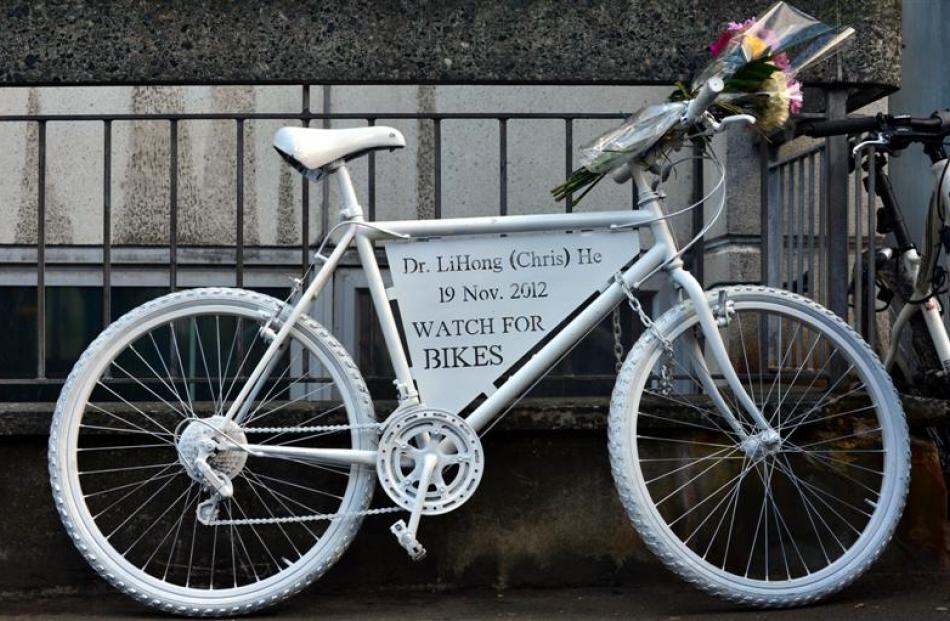 The expense of a ''protected-lane'' for cycles on Dunedin's one-way system is not prohibitive, writes Robert Thompson, of Spokes Dunedin. Options to replace lost parking spaces are also present, he says.

The recent editorial ''Debating cycling matters'' urged that cycling issues be discussed so all matters, views and practicalities can be taken into account, and that everyone should keep to the issues involved.

Spokes Dunedin welcomes the Otago Daily Times' commitment to informed discussion regarding what is best for the future of Dunedin.

Yesterday marked the one-year anniversary of the death of Dr Chris He, who was killed while cycling past the hospital entrance on Cumberland St when an opening car door knocked him under a passing truck.

Over the preceding 10 years there have been two other cyclist fatalities and several more serious injuries on Dunedin's one-ways, but no fatalities among car drivers.

Most people think cycling in Dunedin is unsafe.

Where opinion diverges is what, if anything, should be done about it.

But if the proposed protected-lane system had been put in place 15 years ago, then every person killed while cycling on the one-ways would be alive today.

We argue something should be done.

The current traffic layout significantly raises the risk of serious injury and death for an entire segment of legitimate and legal road users.

The Government has a duty of care to address the known risk and mitigate it to the extent practicable, and the proposed separated cycle lanes present a proven solution at modest cost.

One argument against is the cost, but at less than $5 million, the cost is small potatoes compared with typical road projects such as the $20 million to $25 million being spent on 1km of State Highway 1 between Barnes Dr and Lookout Point.

The cost borne by the Government of one accidental death, paid out through death benefits, lack of tax contributions, etc, is about $4 million.

Cyclist deaths on the one-ways have already cost the Government $16 million.

The proposed cycle lanes will pay for themselves if they can prevent even one death.

Since the project is fully funded by the NZTA it represents a job creating national investment in Dunedin.

Because of the way the NZTA funding works, the NZTA will spend that money, regardless.

If it isn't spent on this project in Dunedin, it will be spent somewhere else, probably in the North Island.

Some claim the proposal will remove hundreds of car parks, which will damage Dunedin businesses.

People who cycle, like everyone else, want Dunedin to be one of the world's best small cities with a thriving economy.

We recognise parking is important for businesses, but we are confident there are creative solutions to the parking issues that will provide for business needs while still providing for cyclist safety.

Many of the affected parking spaces are north of Albany St and used primarily by commuting university staff and students.

But council planners have already found space for 100 additional angle parks on nearby side streets.

With a comprehensive, central city parking review, we may actually end up with more on-street parking than we have now.

On the other hand, many of the businesses on the one-ways, like Countdown, New World, Warehouse Stationery, and even many of the smaller businesses, have ample off-street parking.

The hospital has a pre-existing parking problem that needs a solution, regardless of the cycle lanes, possibly in the form of a parking building.

These could be connected to the hospital via a skybridge, to provide better access for patients.

Access to the Cumberland St entrance could actually be improved by having the cycle lane on the right-hand side of the road as proposed.

Spokes Dunedin is keen to engage with the business community in a constructive manner and together with the University of Otago's School of Business is hosting a webinar about how cycling has impacted positively on the businesses of Denver, Colorado.

The CEO of the Denver Chamber of Commerce is the keynote speaker and anyone can join online.

The School of Business is also hosting those who wish to watch together with other key Dunedin stakeholders in room 6.26 of the University's Commerce building at noon this Wednesday, November 20.