Dull and constrained; a winning combo 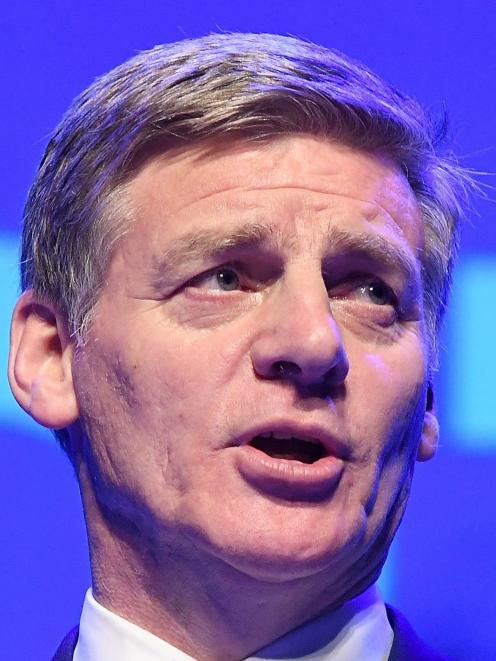 Bill English
Here's an imaginary Bill Labour and National could usefully join forces to pass after the election: tighter gun laws to stop people shooting themselves in the foot.

Bill English's metastasising response to new evidence of questionable behaviour by junior, soon-to-be-gone MP Todd Barclay gave his conference delegates at the weekend cause to get a bit ``paranoid'', as he puts it, about the coming election.

Five days on from the news break, Mr English was on Sunday still dribbling new bites of his version of Mr Barclay's standoff with his electorate agent, a case the police are re-examining because a secret recording is a crime.

But it taints Mr English's Mr Reliable image. And it reminded delegates - basking in their super-government's super-achievements superlatively dinned into them in super-session after hyper-managed session in the near-dark - that a rogue event could cost them their coveted fourth term.

Still, Labour had helped out with news last week of poorly housed foreign student interns Andrew Little's former chief of staff Matt McCarten brought in to campaign. More of this and Labour might score even fewer votes than its 25% in 2014.

Secretary Andrew Kirton is campaign manager, so should have been on top of this rogue enterprise. Likewise campaign chair Phil Twyford, moral-high-ground housing spokesperson. Instead, Labour was scrambling.

But Mr Kirton did front, fast and near-fully. The story subsided.

That matters, because if you take the same 3% off National's current 47% poll average that came off in 2014 between mid-June and election day, its three tiddler support parties don't make a majority, even if the Maori party were to win three electorates off Labour to give it an extra two - which is a big ask, as the party's ``ally'', Hone Harawira, underlined with distancing comments on TV3's The Nation on Saturday.

So some delegates were pondering how Winston Peters would fit with Mr English.

Mr Peters had fun on Sunday proposing, when ruminating on Mr Barclay, a health policy of ``defibulators'' in ministers' offices to give them shocks when they slither around facts (of which Sir John Key was a master).

Mr Peters is on a regional tour aiming to capitalise - as he did in the Northland by-election in March 2015 - on a sense in some (many?) places that the Government favours big cities at the expense of the provinces.

A wisp or two of that sentiment wafted from some conference delegates in a breakout primary industries session and in a remit in a full session, passed by a big majority on the voices, which wanted the Government to ``encourage migration to favour the provinces''.

Ministers have been responding to this unrest since the Northland shock with programmes to back local ventures in every region except one.

This will be formalised in the revised business growth agenda in early July. One of the three main changes is ``inclusive growth'', by which is meant attention to the regions.

A bigger question is the degree to which ministers are catching up with changing public opinion - and catching up with some of their delegates - on environmental issues. Paula Bennett was very once-over-lightly on climate change in a breakout session but other issues were addressed more fully there and by the Bluegreens ginger group earlier.

Is farm-boy Mr English up for an environmental-integrity 2020s? His past reticence on climate change and environmental issues contributed to tentativeness on relatively inexpensive transport emission cuts.

He did touch on ``protecting the environment'' in his keynote but was rather downbeat and evoked zero applause from an audience where many seats were empty.

The environment was explicitly subsidiary in Mr English's keynote to his top intention to ``keep the economy front and centre of everything we do'' - in what he billed as his ``vision to take New Zealand into the 2020s''.

That sounds like an extension of existing idea rather than new ideas for a new decade, though he did promise more ``for people who haven't yet seen the benefits of growth'' and help for the ``most vulnerable'', which he made more of a focus than tax cuts.

President Peter Goodfellow, on his re-election, perhaps summed up the Bill English promise for the 2020s when he extolled ``continuity and stability''.

Mr English looked on stage as if he still can't quite believe he is Prime Minister. His body language was constricted, his eyes often looking down, his gestures wooden. He has yet to learn how to do inspiration.

And thereby hangs a paradox. Labour's conference was energetic, even vibrant in parts. National's was dull and constrained. Which polls say is what voters want - so far.