Swann: a travesty of justice 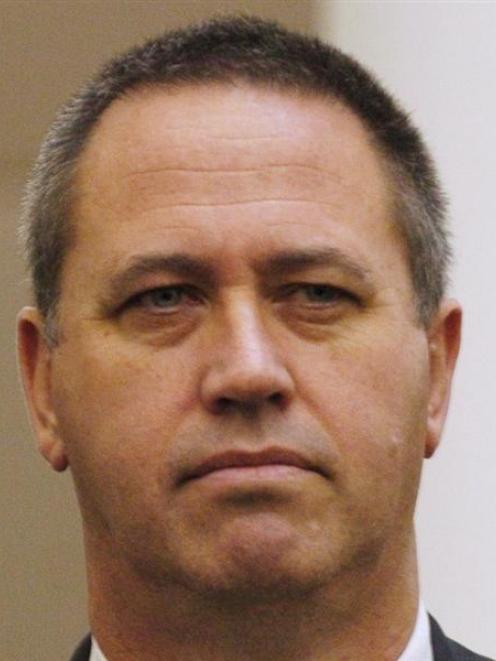 Michael Swann
The anger in Dunedin and Otago is palpable.

The man who conned, swindled, stole and defrauded us all is to be freed from prison after serving less than half his sentence. Michael Swann, the Otago District Health Board IT manager, who with Kerry Harford, defrauded the board of $16.9 million, is to be paroled from July 31, having spent four years and eight months in jail. He had been sentenced in 2009 to nine years and six months.

This is the man who bullied all those at the health board who dared question his actions or cross him. This is the man who stole not because of a gambling addiction but for greed - for fast cars, property, boats. This is the man whose lack of co-operation forced the health board, police and serious fraud office to spend many hundreds of thousands of dollars in legal costs, in hunting for hidden assets and in other expenses, some of them ongoing. Now, he will live near Christchurch in a luxury home ''while he finds his feet''. Now, he has a good job to go to.

The first travesty was the manifestly inadequate sentence for a crime that makes most recidivists burglars look petty. This was not someone taking illegal shortcuts to try to save an ailing company nor a director acting in ignorance. This was wrong-doing laced with aggravating factors.

New Zealand judges have a record of too much sympathy for white-collar criminals, and Swann is just about the worst possible example, stealing not from a company but from the community. In essence he stole from the sick. He cheated, too, all the staff who, for the sake of their patients and public health, go the extra mile and give far more in time and effort than they are obliged to.

There is no doubting Swann's cleverness. He did not get to be IT manager or to mastermind the massive fraud without brains. There is no doubting, too, his confidence and arrogance. Even on the back foot at his trial, he chose to give evidence in his own defence and did so with assurance and aplomb. It was as if he was convinced he could charm and con the members of the jury, just as he had done with most others over the years.

Now, it would seem he could well have conned his prison psychologist - who appears not to have sought information about Swann from his victims - and the parole board.

The board says the psychologist believes Swann is at extremely low risk of reoffending, and on that basis has to be granted parole. But what about the lack of remorse? What about the total lack of co-operation? What about, according to the health board, the fact Swann and his associates have gone ''to great lengths to ensure the concealment of property that he stole from the taxpayer''? What about Swann's ability to deceive and his record with two previous employers?

It seems either the parole board and psychologist are naive and/or the system is all wrong.

Swann should be locked away at the very least until he has fully co-operated. His early parole is the second travesty.

The docility of the board is summed up in one of its comments. ''We note a request ... about a condition requiring Mr Swann to deal with civil proceedings which are currently awaiting disposition. We do not think this is appropriate as a release condition but do expect Mr Swann to responsibly manage any outstanding litigation.''

In other words, even now Swann is unco-operative.

Swann, given his history, must have been laughing behind the backs of the board members. Perhaps it is a good job Swann will be living and working in Christchurch - albeit in a house which has been described as an ''inspirational harbour retreat'' with indoor pool etc.

For such is the feelings of betrayal, dismay and the outrage that he would not be welcome in Otago. Swann must show true remorse and demonstrate full co-operation before the community can even begin to forgive him.