Hey-watch-this telly as riveting as it is awful 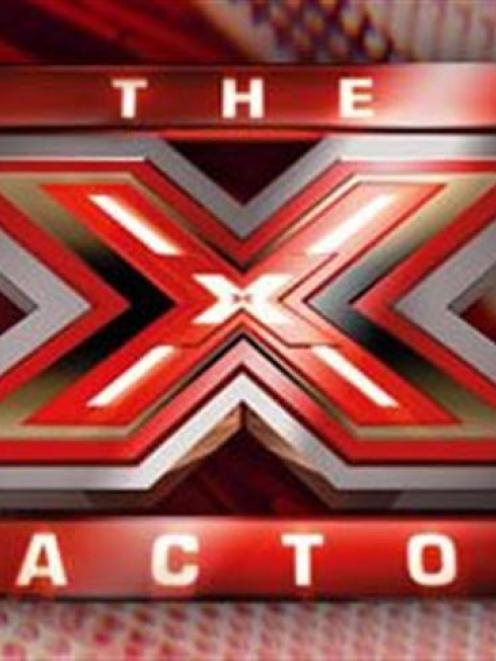 Photo by TV3.
I was chatting rationally to a close personal friend over the weekend as to how surprisingly fine X Factor NZ has been so far.

Well, after audition episodes two and three. My friend expressed dismay she was incapable of maintaining an addictive personality, which presumably meant this is what you need to watch talent shows on television; that I in fact am in possession of such a thing. The conversation ended right there, I might as well have been talking to a goldfish; there is no more addictive personality inside me than you will find in a can of paint.

But I do love these talent shows, all of them: The Voice, American Idol and the one that actually has talent in its title. I even loved NZ's Next Top Model, now sadly biffed. But there was a difference with that one, its huge deficiencies and bewildering stupidity were also its major strengths. X Factor NZ, against all predictions sprawling over Facebook and out of the mouths of close personal friends, is actually brilliantly produced, even more brilliantly edited, and an absolute benchmark show for sucking tears from the eye and addiction from the personality.

Forget the contestants who are actually really good, probably five so far, all would be worthy winners, genuinely talented humans, and look instead at some of the others who turned up in the two episodes I watched. Talk about riveting television.

There was the hard man who boasted he had had four children by the same woman. Why aren't they here, asked one of the judges, mindful of the fact huge families of the contestants stand in the wings, some of them weeping like mighty rivers, and are often brought out on the stage to make other people cry, too. Too much to look after, mate, said the hard man. So he delivered a reasonable version of a Creed song with the passion clearly accrued from creating four children, got sent home, and swore bitterly, as in beep beep beep, all the way out to the street, kicking walls and furniture the whole way. He would be a good dad.

There was the ageing singer/dancer who unfortunately looked like a recidivist criminal. He did Footloose and nearly got through. A compelling performance in an eerie, leering I-was-better-at-this-30-years-ago kind of way. His close personal friend consoled him afterwards, both of them saying things about the judges that couldn't possibly be true as they walked off into the sunset.

There was the three-boy band all called John. No surprises there, except they had the same mother. She told the judges it was the most popular name in its year so she thought they would have a better chance in life. Touching.

There was Chris-Tian Raa from Germany, a healer, who had the teeth of a mule. One of the woman judges asked him if he did sexual healing, and with every mule tooth in full lascivious gleam, he delivered the predictable reply. Awful, but hey-watch-this telly can be fun, and it is the woeful contestants who are talked about the next day, like the man who loved his three chickens, particularly Phoebe, and sang like one. Or the woman who said she had only been singing for three weeks and then tried to sing Aretha Franklin.

But yes, so much talent as well, and so much great footage of the quintessential disingenuous New Zealander, as nutty as a car in a tree. But honest with it.

Former talent quest winner Stan Walker is a pretty good judge. Mel Blatt doesn't like guitars, so she shouldn't even be allowed in the building. Ruby Frost seems to have been shot through a pink lens filter unavailable to anyone else. Her whole persona squeaks Tinkerbell. Daniel Bedingfield is just an idiot. But it's de rigeur to have one show-off on every judging panel. Dan clearly won the audition. Did Paul Henry apply?

Seriously, this is a very well-made show. I am sure it is following an ironclad production template from overseas, but I will keep watching. It's addictive.