The only sort of power a news organisation can wield safely is the power to persuade.

Every other sort - no matter how high-minded or expedient the reason for taking it up - is a kind of slow poison that twists the souls of the journalists involved and, ultimately, makes their enterprise dangerously self-interested and unaccountable.

That is the lesson to be taken from the spectacle of the Murdoch meltdown now under way in London.

The 80-year-old Australian-born Rupert Murdoch is the unrivalled press baron of our era, who through his acquisitive will and insatiable avarice has assembled a media empire, News Corp, that spans the globe.

Though Mr Murdoch is now an American citizen, his company's deepest roots are in the press culture of Britain's Fleet Street.

The scandal involving the reporting methods of Mr Murdoch's British newspapers continues to unfold on an increasingly lurid scale.

Some allegations involve Mr Murdoch's Sunday Times and the Sun as well as the now-dead News of the World. That is significant, as is the fact News Corp is known to be a highly centralised company. Mr Murdoch is a hands-on manager, and his lieutenants operate in a similar style.

That raises the question of what, if anything, the scandal signifies for News Corp's United States holdings, which include the Wall Street Journal, the New York Post, Fox News and Fox Broadcasting.

To be fair, despite the anxiety that surrounded Mr Murdoch's purchase of the Wall Street Journal, it has become a broader and more lively paper since he took over - though even its literary and cultural coverage is noticeably inflected with conservative politics.

That said, the US' media culture has become coarser and more vulgar and politically divisive since Mr Murdoch became a force here and began pushing US journalism closer to the British model.

News Corp's unquestioned financial success has taken other media organisations - many essentially unmoored from their own values by the stress of technological change - down the same paths.

The seeds of Murdoch's British newspapers' abuse of trust and power were sown in a media culture whose essentials - salacious celebrity coverage, gossip, overt partisanship - have infiltrated our own under his influence. The meltdown in London ought to be a wake-up call.

- Tim Rutten is a journalist with the Los Angeles Times 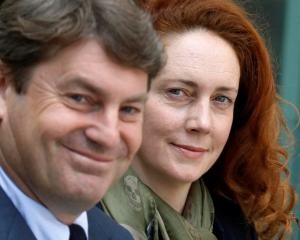 'In this together' - Brooks text to Cameron revealed 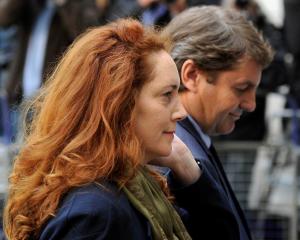