Robertson's task is to shift the status quo 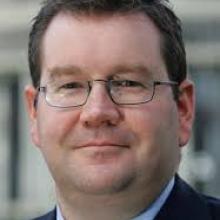 Grant Robertson
Three  National ministers and an MP proclaimed in Parliament last Wednesday their ``pride'' in what their Government has done on climate change. Really?

The Cabinet's proud record is an emissions trading scheme which exempted farmers and traded in crooked units from Russia and Ukraine plus tentative moves on transport and heating and research on animal methane.

Climate Change Minister Paula Bennett has said she is killing the ``two-for-one'' units subsidy for big emitters, has invited Labour and the Greens to discuss ``consensus'' on some matters and is to appoint a ``technical advisory group''. There is not much concrete yet to be proud of.

But there are vulnerabilities. Ultra-low interest rates are in pursuit of an arbitrary, increasingly questioned inflation target (Graeme Wheeler can influence only domestic inflation, which is actually on his 2% target) and are fuelling wild house prices. Household debt is a record and rising, a loud signal of danger.

GDP growth and consumer spending owe a lot to immigration and to low-wage, commodity tourism. Real gross national disposable income per capita ``growth'' in the year to March was zero.

And threats are rising. China's growing unfriendliness to foreign companies is being felt by exporters and in a veiled retaliation threat over complaints about its steel dumping. China's economic contradictions are worsening, as visiting expert Bates Gill laid out in the Sir Howard Kippenberger lecture last Thursday. United States and Europe populist rage threatens openness to trade. Global monetary policy has badly skewed balance sheets.

So there is cause for pause, to ask if policy settings are right. Bill English thinks they are. Labour thinks not.

For Labour's second ``future of work'' conference this Friday, Grant Robertson has brought in David Coats, an English employment academic from the union side of the ``work'' debate.

Mr Coats is not a fan of throwback politics, which English Labour seems to yearn for in its impending re-election of Jeremy Corbyn as leader. Last December, Mr Coats wrote that ``moderates'' should do the ``heavy lifting'' on economic policy. Returning to a 1980s model ``would be a catastrophic mistake''.

Mr Coats will bring to Mr Robertson's conference a message that Labour ``has to be open, questing and genetically dissatisfied with the status quo''. But he has no ready-made solutions because the future is too murky. He says forecasts of ``footloose'', ``self-employed'' people (which Mr Robertson's March conference heard) are premature.

But some of that will likely feature in a contribution by Samantha Gadd, of Wellington workplace relations consultancy Humankind, who says that while most people need full-time, permanent work with a stable income, it is ``inevitable'' that more flexible working arrangements, with flat and/or co-operative management modes, will become more common.

Mr Coats, Lord Turner and Ms Gadd are not wonky oddballs (though Messrs Wheeler and English might think so). There is growing international commentary similar to former United States Treasury Secretary Lawrence Summers' call in May for ``new policy paradigms''.

That commentary is the context for Mr Robertson's quest. His final future of work report in November is to set a ``direction of travel'', out of which will come specific policies. One was released in late July: upgrade professional career guidance in schools to a ``core mission'' to create personalised plans for pupils' schooling, predicated, in Mr Robertson's words, on ``what work you want to create, not what job you are going to do''.

Among other changes, he will want to adjust monetary policy - he got into a stoush with Mr Wheeler at a parliamentary committee two weeks back - and put more emphasis on fiscal policy as a macro-economic influence.

He will flag deep changes in tax policy but is leaving specifics to a post-election working group. Two specifics so far announced are to expand to five years the two-year bright line test on capital gain from property trading and abolish negative gearing. That is part of a rebalancing of tax on wealth and income, which implies more tax on wealth, possibly including land.

But there is a sales job ahead. Mr Robertson's task these next 12 months is to get voters to tune in and then think his work is something Labour could be proud of.