A team picking up their harvest of dead rabbits after a night's poisoning in the Mackenzie Country in this frame from a silent movie made for J. K. Mooney & Co Ltd in the early 1930s. PHOTO: JOE ENRIGHT
The rabbit stories keep bounding into my email inbox, thank you very much.

My children have had pet rabbits for years, so I always find the thought of a mass extermination of bunnies somewhat distressing. Our rabbits have been fun, cute and fluffy, and easy to look after.

However, I can understand how heartbreaking it must be to have your farm ravaged by them. It's an incredible sight when what you think is a hillside turns out to be a moving mass of rabbits. 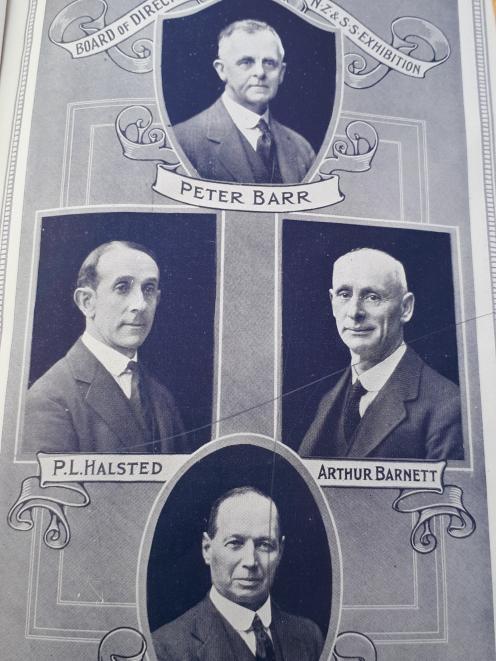 A page from the programme of the New Zealand and South Seas Exhibition of 1925-26, held in Dunedin. PHOTO: LINDSAY RICHARDSON
It seems to me that evolution has not done rabbits any favours. While they are mostly well camouflaged, they have one simple design flaw when it comes to survival - that eye-catching white tail bouncing up and down. It reminds me of the Gary Larson cartoon, with one deer saying to the other with a target on its chest, "Bummer of a birthmark, Hal".

"The rabbit boards cut off the source of my pocket money. Rabbits were as great a problem in Maungawera Valley as anywhere, and my brother and I had run trap lines and worked ferrets until he went off to high school and the boards loomed.

"The dried, stretched skins went to Stronach Morris and Co in Dunedin, and their return cheques kept us solvent.

"There was a bounty on baby rabbit skins which were too small to be useful. We dug up every nest we could find in the spring and claimed on the dry furry scraps.

"Our father would set the traps for us on a Saturday, marking every fifth one with a grubber cut, so we could tell if a peg had worked loose and the trap dragged away.

"It was our job in school holidays to check the traps, stow the rabbits in a sugar bag, reset, then go home to skin and stretch the carcasses. We were allowed the .22 rifle at weekends but, while that was fun, the rabbits only got headaches from our pot shots.

"We learned useful things - such as hard work brought eventual reward, rabbits must not be left to suffer, although we wrung their necks without compunction, you could not leave a job half-finished with a lost trap possibly holding something live, and that experience was undoubtedly a good teacher. Health and safety had to be learned, not imposed.

"Before long our rabbiting skills were redundant. Last time I was in the area I saw a vineyard where I used to scramble amongst dry manuka and briar, and not a rabbit in sight."

Bill Veitch has some different recollections of the New Zealand and South Seas Exhibition at Logan Park in 1925-26. 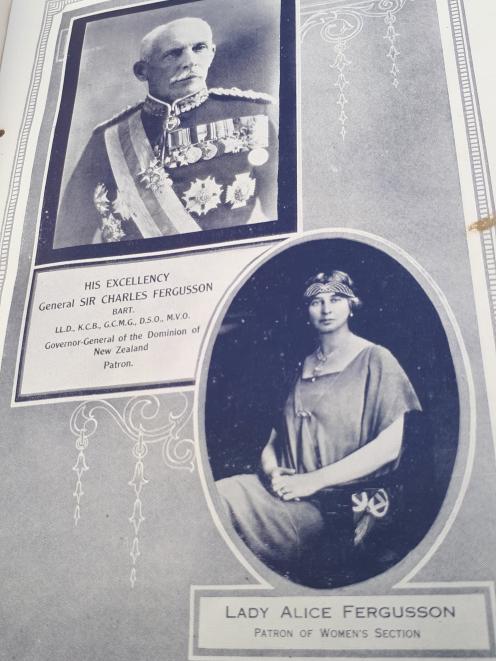 The governor-general of the ``Dominion of New Zealand'', General Sir Charles Fergusson, and his wife, Lady Alice, were patrons of the exhibition. PHOTO: LINDSAYRICHARDSON
"W. Justice, a local motorcycle dealer, had a stand at the exhibition. My father worked for him around this time and, being a Douglas dealer, he displayed the latest model with all the extras.

"The 350cc Douglas was quite a basic motorcycle in the '20s but I presume Bill Justice ordered the top model for the show - three-speed with a clutch, kick-start, rim brakes, speedometer and acetylene gas lamps.

"Jack Leslie from Opoho purchased the Douglas, presumably after the exhibition, and then my dad and I bought it from him in the 1960s. I have been told Jack ran a bicycle shop along the south end of Princes St.

"I still have the Douglas in the same condition as when purchased. Jack was using the bike in 1955 as I recall, as a young apprentice, doing an occasional job on it in our workshop.

"This may be of interest to bike-minded folk. Also, Paul, there are descendants of Bill Justice here in Dunedin."

Thanks Bill. I've asked him if he can send in a photo of the Douglas.

In the meantime, have a great weekend and enjoy the warm weather.