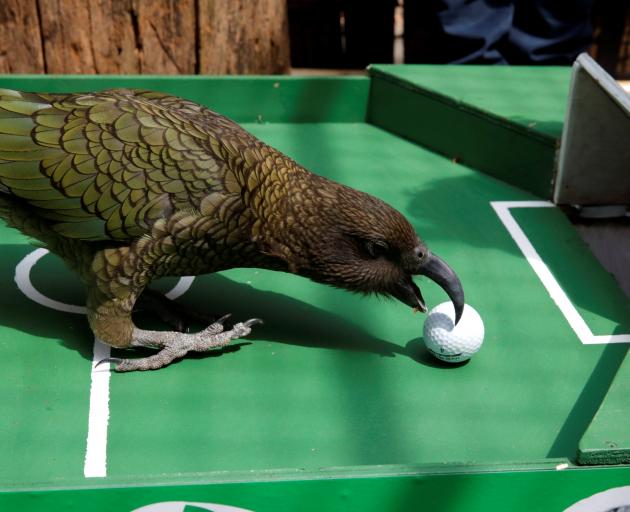 Does it come as any great surprise that a kea is being used to predict the winners of the World Cup games? Kea are known to be highly intelligent. This is Newton who lives in Paris, a long way from the Southern Alps.PHOTO: REUTERS
Welcome to the last What's With That of the week - in fact the last one until a week on Monday. I am sure the lack of a column next week saddens you as much as it does me.

Thanks to all who have sent in such wonderful stories and photographs for us to enjoy, particularly in the past month or so. Birds, cable cars, carless days and Norman Kirk all really struck chords.

Without your contributions there would be nothing for me to string together each day. It's always a pleasure to work out the best way of linking items, getting the most out of them and teasing out more responses. I do try to use everything that is sent to me, and to answer every email and phone call, but sometimes that just isn't possible.

Please keep sending me material over the next week while I'm away. I'm looking forward already to the stockpile that will be waiting for me on my return.

Holes in the road

Andrew Maton of Opoho writes about his inspiration for highlighting dangerous potholes. 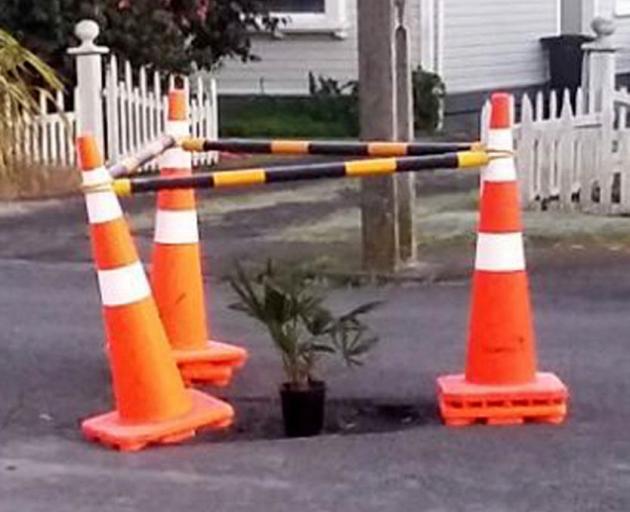 In Hastings they treat their potholes like this - the ubiquitous road cones are in place, with a lovely pot plant in the middle added by a local resident. PHOTO: SUPPLIED
"The one with the cones in the photo is outside my brother's house in Hastings. They came and coned the thing two weeks ago and, as you can see, my brother decided to have some fun and beautify it up a tad. Apparently it is now a photographic destination for the residents of Hastings.

"The second photo is in Lovelock Ave just down from the corner that intersects Signal Hill Rd. I also took the liberty of putting one of my wife's pot plants in for effect - God help me if she finds out. I was tempted to also cone it.

"This pothole has been there for even longer, two to three months, probably. You would think that with all the Botanic Garden staff going by it they might have mentioned it."

I wonder if this counts as neighbourhood gentrification or street art?

"Thanks for the memory jog," Les Tubman says about the 51st anniversary of the introduction of decimal currency in New Zealand.

"I remember the hype that prepared us for the changeover. The radio and TV jingles the year before (1966): "Tenth of July, next year." I can still sing it.

"There were facsimiles of the notes in the newspapers and tables to show us how to divide a shilling into 10 equal parts.

"On DC (decimal currency) day. I rode my motorbike to a petrol station and tendered a pound so that I could see what a dollar looked like in the flesh. I was terribly disappointed to get a 10-bob note back. The roll out of the new money took some time.

"When I did get hold of a dollar, here's what I could do with it. I could post a letter, buy a loaf of bread, a pound of butter and a pint of milk at the dairy. Then I could gas up my old Triumph Speedtwin and head to the local pub. 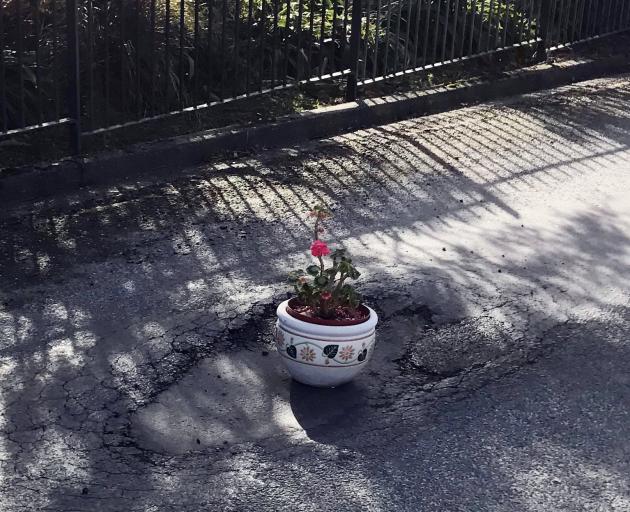 Inspired by the pothole-protection scheme and pot plant - added by his brother outside his house in Hastings - Dunedin's Andrew Maton decided to do the same here on Lovelock Ave, just along from the Signal Hill Rd corner. PHOTO: ANDREW MATON
"There I could consume enough draught to put me over the limit and still have a few coins jingling in my pocket.

"I reckon that little exercise would cost me about 30 bucks today."

Ernie Scudamore of Abbotsford has similar memories of the July 10, 1967 changeover.

"Regarding beer prices over the bar and the ensuing price rip-off. I worked for a trucking firm next door to the Wharf Hotel, owned by well-known and respected Anna Auld (nickname of `Ducky' to everyone). "Anyway, I was in the habit of `ducking' in for a beer or two after a hard days' work. The price of an eight-ounce beer was eightpence prior to DC day. As two shillings was 24 pence, you got three eight-ounce beers for that - them were the days.

"To our horror, on DC day, the value of the two shilling coin of 24 pence had dropped overnight to 20 new-fangled cents, and the price of the beer was now 8c.

"Simple arithmetic showed us imbibers that our 20c would only buy us two and a-half eight-ounce beers now. Most of us didn't see that coming!

"I can still see poor old `Ducky' trying to explain the unannounced price increase to a pub full of waterside and factory workers for quite a while after that lot. But most of the heckling was good natured -they were just winding her up of course."

Thanks for that Ernie.

"My daughters and I were having lunch under a tree in the Auckland Domain and the usual hopeful sparrows and seagulls were hanging around.

"We were tossing bits of bread to them, and a sparrow and a seagull went for the same piece. The sparrow got there first, so the seagull picked it up by the tail feathers.

"When the sparrow opened its beak to scream, the bread dropped out, the seagull dropped the sparrow, and grabbed the bread.

"Another family was on the other side of the tree trunk and the father and I looked at each other with mouths open. The `did you see that?' look on his face matched mine."